US Teacher Accused Of Drowning Raccoons In Class Placed On Leave

Two raccoons and an opossum were killed Monday at Forest High School in Ocala, Florida. 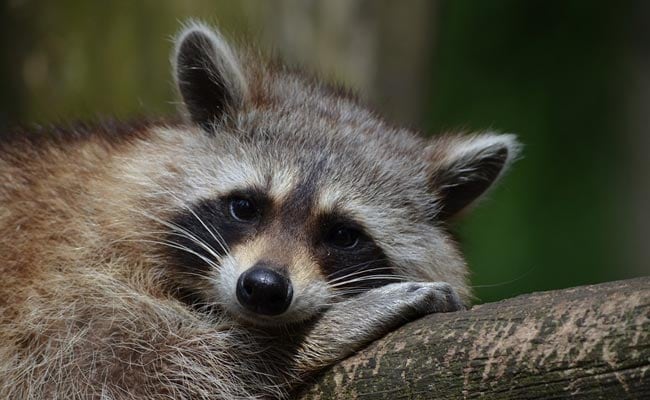 A Florida teacher was placed on administrative leave after school officials were told that he had students help him drown wild raccoons during class.

A 14-second video published by CBS affiliate WKMG showed a group of students filling a tub of water using a hose and later keeping a trapped raccoon submerged. A mother told the TV station that her son, who shot the video, came home upset about what happened to the raccoons, including the one seen in the video, inside a metal wire trap.

The animals had reportedly been killing chickens that the students were raising for class.

Two raccoons and an opossum were killed Monday at Forest High School in Ocala, Florida, according to the mother, whom the station did not identify.

The teacher, Dewie Brewton, was placed on paid administrative leave with pay Tuesday while the school investigates, said Kevin Christian, spokesman for Marion County Public Schools. Christian said he couldn't comment further, saying only that Brewton was placed on leave as part of standard protocol and that district officials did not have previous problems with Brewton in the 34 years he has worked on and off for the district.

In a subsequent statement, the district said it is investigating, as are two state agencies - but that "regardless of the investigative outcomes, Superintendent Dr. Heidi Maier is recommending termination."

"Marion County Public Schools is appalled at the actions of an agri-science teacher accused of killing nuisance animals in front of students earlier this week," the statement read. "Marion County's education standards - in fact, Florida's education standards - do not include activities for the destruction of live animals, nuisance or not. While law enforcement determines whether this teacher's actions were legal or not, his actions before students are entirely unacceptable and cause us great concern."

It's unclear if the incident involved any criminal acts, but law enforcement officers with the Florida Fish and Wildlife Conservation Commission are also investigating. A separate Florida Department of Health investigation is also underway.

According to the conservation commission's website, wildlife animals that are considered a nuisance can be caught using live traps, snares or firearms during daylight hours and where they're allowed. Animals "must be released legally or euthanized humanely within 24 hours of capture or trap inspection," according to the agency.

In the interview with WKMG, the mother said the incident made her "sick to my stomach."

"When the raccoons tried to come up for air, they had metal rods and they held them down with metal rods. And when the raccoon would try to pop its head up, they held water hoses in its face to drown it," she told WKMG.

Brewton, the teacher, is an adviser of the school's Future Farmers of America club.

In a statement posted Tuesday on Facebook, the club's alumni group defended Brewton, describing him as a teacher who worked hard for his students and who cared for the agriculture industry.

"We would like to say that we are 100% behind our advisor and everything he does for our children/students. This is a man who would give everything he had to make sure that his children/students are taken care of," the Forest High School FFA Alumni Chapter said. "He has always gone above and beyond his call of duty to ensure that his students had everything they needed. He has spent late nights, weekends and has provided around the clock support for his club and for his school."

The chapter also criticized coverage of the incident, saying the media will "escalate" the situation "to lengths that are unnecessary."

"We must focus on all of the extremely positive and life changing things that this man has done for the people," the group said. "We must show our support for him in this time of need and show that we are one."

People who commented on the Facebook post also came to Brewton's defense, saying such actions were necessary to protect farms and keep livestock alive.

Promoted
Listen to the latest songs, only on JioSaavn.com
"This man's reputation and livelihood are threatened by those who know nothing about the ag business," one commenter wrote. "Raccoons are not cute little furry creatures. They are very destructive and dangerous. They can be rabid and you can be overrun with them in a short time."