The case is attracting attention because a ruling from the court could impact the scope of the Voting Rights Act, a key 1965 law that protected African Americans' right to vote. 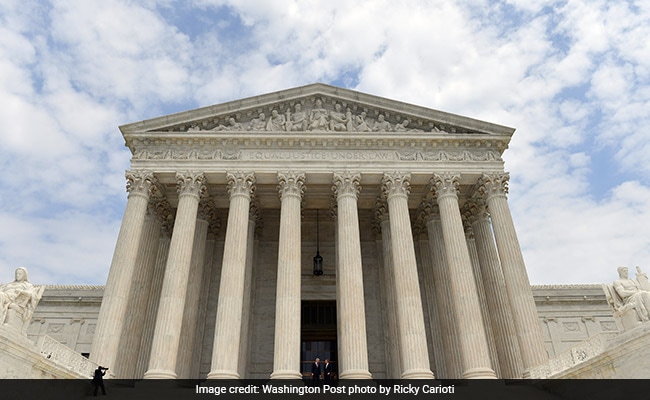 The United States Supreme Court on Tuesday is considering a redistricting proposal in the state of Alabama that is accused of diminishing the influence of African American voters.

The case is attracting attention because a ruling from the court could impact the scope of the Voting Rights Act, a key 1965 law that protected African Americans' right to vote.

The case concerns a map to allocate seats in the House of Representatives that was redrawn in 2021 by the state's Republican elected officials.

According to the new map, Black voters -- who represent around a quarter of registered voters state-wide -- are in a majority in only one of seven districts.

Citizens and rights groups took the matter to court, accusing legislators of violating civil rights laws, which prohibit diluting the African American vote in this way.

They say the new map cuts through the middle of a predominantly Black region, the "Black Belt," and splits it in two.

The petitioners believe that Alabama should have created a second district with a Black majority instead.

The stakes are particularly high in this state, where African Americans vote mostly Democratic, while white voters mostly support Republicans.

Earlier this year, a lower court ruled in favor of the plaintiffs and ordered local officials to turn in a new copy of the map.

Republican officials then turned to the Supreme Court.

In February, five of the nine judges at the top court allowed them to keep the 2021 map for now -- and thus for the US mid-term elections in November -- while postponing consideration of the merits of the case.

Now, the parties will face off at the Supreme Court to make their cases.

In addition to the debate over its map, Alabama will also argue that the US constitution prohibits the use of ethnicity as a basis for drawing electoral districts.

The Voting Rights Act, however, allows it to be used to ensure that voters from minority groups have elected officials who reflect their views.

"If the court allows this to be overturned, it will undoubtedly have a significant impact on community representation," Sophia Lin Lakin, who is monitoring the case for the American Civil Liberties Union (ACLU), said at a news conference.

It is "a measured response to the unfortunate reality of persistent voting blocs" based on skin color, he said in a filing to the court.