US Should Not "Abuse Force": China After Iran General Qasem Soleimani's Killing 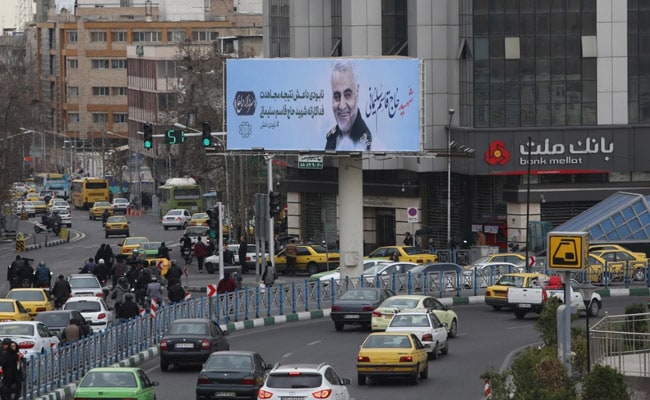 Top Iranian commander Qasem Soleimani was killed in a US strike.

The United States should not "abuse force" and instead seek solutions through dialogue, Chinese Foreign Minister Wang Yi said during a call with his Iranian counterpart on Saturday.

"The dangerous US military operation violates the basic norms of international relations and will aggravate regional tensions and turbulence," Wang told Javad Zarif according to a statement by the Chinese foreign ministry, referring to the killing in Iraq on Friday of top Iranian commander Qasem Soleimani.

A US drone strike killed Soleimani -- head of the Quds Force, Iran's foreign operations arm -- before dawn on Friday in Baghdad, an attack that has sparked fears of a regional war between Washington and Tehran.

Iran promised "severe revenge" in response, as a number of nations -- including China -- urged restraint.

"China opposes the use of force in international relations. There is no way out for military means, nor for extreme pressure," Wang said in his Saturday call with Zarif, according to the ministry.

China, a permanent member of the United Nations Security Council, is a key partner of Tehran and major buyer of Iranian oil.

Iran, China and Russia held joint naval drills in the Indian Ocean and the Gulf of Oman last week and the Iranian foreign minister visited Beijing earlier this week.

China and Russia are also parties to the 2015 nuclear deal with Iran, from which US President Donald Trump withdrew in May last year.