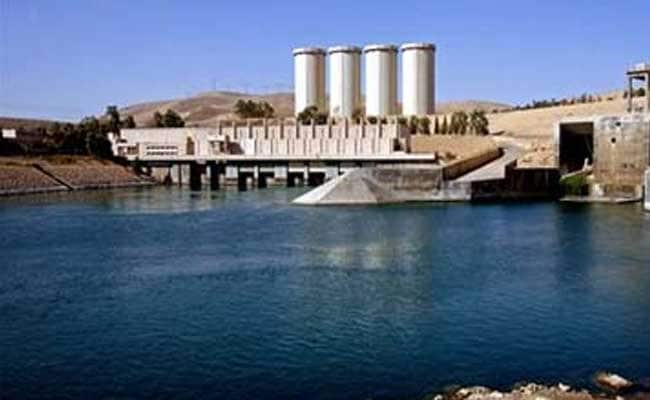 Concern has grown in recent months over a possible collapse of Iraq's largest dam, which would unleash a wave that would devastate second city Mosul and flood much of the capital Baghdad. (File Photo)

Baghdad, Iraq: The US embassy in Iraq has released evacuation recommendations it said could help save up to 1.5 million lives at risk from a catastrophic failure of the Mosul Dam.

Concern has grown in recent months over a possible collapse of Iraq's largest dam, which would unleash a wave that would devastate second city Mosul and flood much of the capital Baghdad.

The dam in northern Iraq was built on an unstable foundation that continuously erodes, and a lapse in required maintenance after the ISIS terrorist group briefly seized it in 2014 weakened the already flawed structure.

"We have no specific information that indicates when a breach might occur," the US embassy said in a statement posted on its website late on Sunday.

"But out of an abundance of caution, we would like to underscore that prompt evacuation offers the most effective tool to save lives of the hundreds of thousands of Iraqis living in the most dangerous part of the flood path in the event of a breach."

The embassy's overview of a breach scenario said 500,000 to 1.47 million Iraqis living in areas most exposed to the flood wave along the Tigris River would probably not survive if they were not evacuated.

People in Mosul and Tikrit would have to move five or six kilometres (3-3.5 miles) away from the riverbank to reach safety, it said.

Residents living farther downstream in Samarra, where the flood wave could overwhelm a smaller dam and the water would spread out, would in some cases have to flee as far as 16 kilometres (10 miles).

The contingency plan said large parts of Baghdad would also be flooded, including the international airport.

It pointed out that many areas most affected by the flood wave are either controlled by ISIS or contested, making a state-directed evacuation unlikely.

"Some evacuees may not have freedom of movement sufficient to escape," it said, adding that the sick, disabled and elderly could end up being left behind.

The study said the disaster could shut down the entire Iraqi electricity grid, durably damage much of the country's best farmland and leave the capital flooded for weeks.

Italian firm Trevi has been selected to carry out crucial repair work on the Mosul Dam, which is currently protected by Kurdish peshmerga forces.

The Iraqi government has consistently sought to play down the danger posed by the Mosul Dam, but the United States has been alarmed by the potential for disaster.