The organisation said that Craig Silverman was not fired but was taken off air because of his decision to move forward with appearing on a competing station over management's objections. 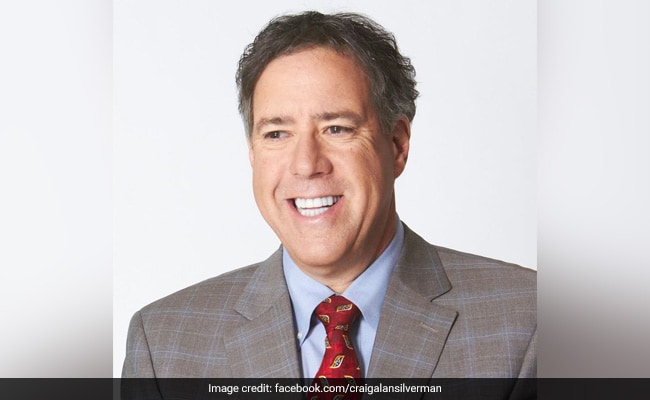 Craig Silverman said the station fired him mid-show as he was airing disapproval of Donald Trump.

A conservative radio station in Colorado is disputing claims by one of its hosts that the station fired him mid-show last weekend just as he was airing disapproval of US President Donald Trump. As host Craig Silverman and executives with the Denver-based 710 KNUS shared their views of events, the incident underscored the growing isolation of conservatives whose viewpoints reflect anything but unwavering support of Trump.

Silverman was not fired but was taken off air because of his decision to move forward with appearing on a competing station over management's objections, Salem Media Group General Manager and VP Brian Taylor said late Sunday - a statement Silverman said he interprets as KNUS backtracking to avoid violating a contract that requires 30 days' notice before termination.

"We have never told Mr Silverman the position to take on Trump and impeachment," Taylor said in an email to The Washington Post. "Our hosts have the freedom to express their opinions on current events based on their own personal conviction. That goes for all of our hosts, including Mr Silverman. Any suggestion to the contrary is simply untrue."

Despite Taylor's clarification, Silverman said Monday that his future with KNUS remains unclear.

"I'm not sure what I'll do. I'm still processing," Silverman told The Post. He said a key factor in his decision over whether to return to KNUS is if the station restores his show's archives to its site, including the Nov. 16 show in question. After Saturday's show, the station pulled the page for "The Craig Silverman Show," along with its podcast archive, from its website.

When he first outlined Saturday's incident to The Post, Silverman said he finds the facts emerging from the impeachment hearings "damning" and wanted more than his three-hour weekend slot to express his views. So on Saturday morning, he emailed Taylor about his intention to go forward with an outside appearance, which KNUS management objected to: "if that's it, so be it," Silverman wrote.

During his Saturday show, Silverman says he also announced his plans on-air. His microphone was cut later in the show, during a segment scrutinizing former Trump lawyer Roy Cohn. The station switched abruptly to network news before a higher-up came in to tell him, "You're done."

Silverman, who has hosted his weekly show since 2014, alleges that his willingness to criticize Trump, whom he voted for in 2016, had long set him apart at KNUS. The station is broadcast by Salem Media Group, which promises conservative, Christian viewpoints and has a history of cutting ties with the president's critics. But nothing brought out Silverman's tensions with others at Salem, he said, like the Democratic-led inquiry into whether Trump abused his office to secure a foreign investigation of a political rival.

"I heard my fellow hosts say: 'It's boring. It's a sham. Bad for the country. A hoax,' " he told The Post on Sunday. "So many of these talk show hosts are doing the total bidding of Donald Trump. And I want to offer my contrary voice."

Right-leaning talk radio is closely attuned to the Trump base, said media historian Brian Rosenwald, author of "Talk Radio's America: How an Industry Took Over a Political Party That Took Over the United States."

"There's an understanding now, given that all the 'Never Trumpers' are gone, that if you work for a Salem company, you're going to be pro-Trump," Rosenwald said. "And where is conservative media? It's where conservative consumers are, which is pro-Trump," he told The Post.

Silverman, a former local prosecutor, has told Colorado media for years that he wants his show to be an "island of independence" within his station. Asked in 2014 whether his "liberal and libertarian viewpoints" were out of sync on KNUS, he told Complete Colorado that "there is diversity in their hosts."

He said he has felt more and more the odd one out, though. Invitations to appear on colleagues' programs have thinned over time, he said.

Asked whether he thinks his views fueled Saturday's events - as he has suggested to some reporters - he said, "All I can tell you is the attitude around Salem."

Another former KNUS host said the station and Salem Media have a pattern of pressuring and sidelining conservative-leaning hosts whose beliefs fall outside of a narrow, and relentlessly pro-Trump, worldview.

Denver Post columnist Krista Kafer co-hosted a drive-time political talk show on KNUS for three years until she was dismissed in 2017 for what she said management perceived to be her "anti-Trump" beliefs. Despite sometimes praising Trump, Kafer's criticism of him resulted in management singling her out for rebuke, and when her co-host left the station, Kafer said she was forced out.

"I felt I had a good relationship with [KNUS] management, but I had been called to the carpet a few times by management over ideas that my beliefs were not in line with the station's," Kafer told The Post. She recounted a Salem executive "reaming me out" in front of KNUS management for her views.

Kafer defended the broadcaster's right to be ideologically consistent, but she is troubled by the idea that even within a conservative framework, criticism of the president is not fair game.

"You can soften the truth, but you can't not say it," Kafer said.

Taylor did not immediately respond to requests for comment on Kafer's claims.

In his show last week, Silverman accused some Trump supporters of being unwilling to have a civil debate about the impeachment inquiry or consider arguments about the investigation's validity. Responding to a call from a listener who said the inquiry was unjustified, Silverman brought up allegations that Trump tried to withhold military funding from Ukraine to secure investigations of former vice president Joe Biden, a Democratic presidential candidate, and his son Hunter Biden.

"You like Donald Trump's policies, and I like many of them as well," Silverman said. "Right now, we have peace and prosperity, and that's great. But the question becomes, 'Is it OK to cheat to win?' Because the allegation is that Donald Trump is using that money and the power of the presidency to cheat to win in 2020."

Silverman said he never got direct pressure from his bosses to change his tune on Trump. But Salem Media has clashed notably with other former hosts who diverged from its pro-Trump stance.

In 2018, CNN reported that former hosts were pressured by Salem executives to cover Trump more positively.

Last year, Salem Media announced that Michael Medved, a host who once called the president "insecure, unprepared and angrily unhinged," would be replaced with a former Trump adviser's show, "America First with Sebastian Gorka."

More recently, in August, Salem's radio network canceled a distribution deal with Joe Walsh after the former Illinois congressman launched a long-shot primary challenge to the president. The network did not explain the decision.

Walsh tweeted his support of Silverman on Saturday, calling the host a "great, honest voice on the radio."

Executives have emphasized a desire to match programming to their audience's tastes, even as Salem says it provides a "variety of perspectives."

"They're expecting us to deliver that information through the lens of conservative politics," Dave Santrella, the company's president of broadcast media, told The Hollywood Reporter in April. "And, our experience has always been that any time we deviate from that, we lose listeners and we lose advertisers."

In staunchly supporting Trump, Rosenwald said, Salem's hosts reinforce the audience's belief that the impeachment inquiry is just a " 'witch hunt' and not an inquiry based in fact."

"It infuriates me, because these are substantive allegations," he said.