After Historic Win, Biden Pledges To Be "President Who Seeks To Unify"

US Election Result: Trump has dismissed the results, claimed victory outright, and vowed to fight in court, citing unsubstantiated claims of widespread fraud. 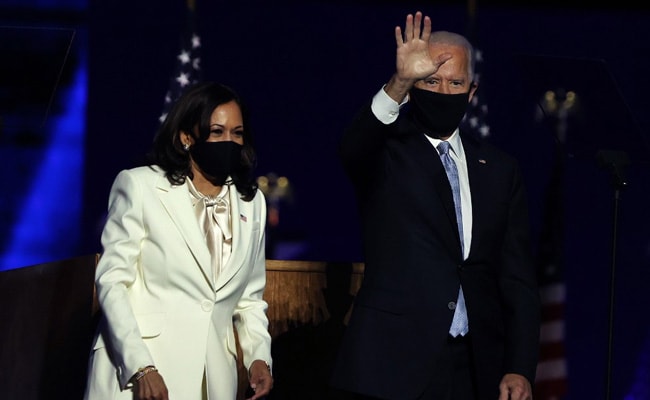 US Election Result 2020: Joe Biden has promised to form a COVID-19 expert panel

President-elect Joe Biden declared victory in the 2020 election on Saturday, calling on Americans to reconcile after a bitterly fought campaign and vowing an orderly transfer of power despite President Donald Trump's refusal to concede.

"Folks, the people of this nation have spoken. They have delivered us a clear victory," he said in a speech in Wilmington, Delaware, that was delivered to a drive-in rally of supporters wearing masks as a precaution against the coronavirus. "I am humbled by the trust and confidence you have placed in me. I pledge to be a president who seeks not to divide, but to unify."

In his remarks, the former vice president took aim at the tumult of the last four years under Trump yet extended a hand toward the president's supporters, saying he understood their disappointment.

"But now, let's give each other a chance. It's time to put away the harsh rhetoric. To lower the temperature," he said. "To make progress, we must stop treating our opponents as our enemy. We are not enemies. We are Americans." 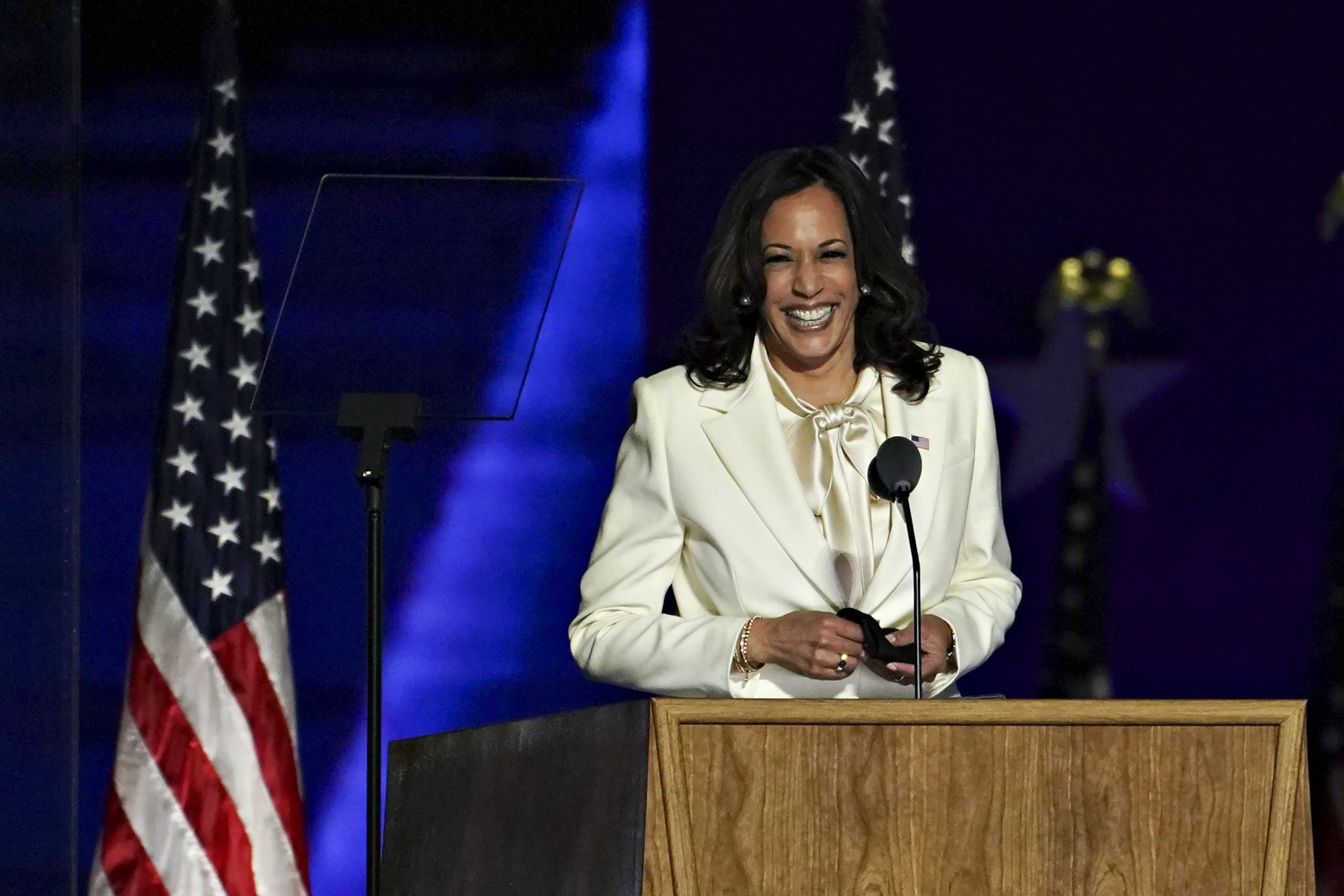 "We the people have the power to build a better future," Kamala Harris said, , dressed in a white pantsuit, a favorite color of the suffragettes who fought for the right of women to vote.

Biden promised to name on Monday a select team of scientists and experts to devise a plan to confront the coronavirus pandemic, saying the experts would start as quickly as possible, directed by science, not politics.

"That plan will be built on a bedrock of science. It will be constructed out of compassion, empathy, and concern," he said.

He had been welcomed to the stage by cheering fans chanting "We love you, Joe!" as they honked their horns in support. In the parking lot, a massive American flag hung in the sky as attendees danced and waved signs of support ahead of Biden's appearance.

Biden, 77, was joined by Vice President-elect Kamala Harris, 56, the first Black and Indian-American woman to serve in that role. They greeted each other on stage wearing masks and did not shake hands, acknowledging the peril of pandemic that they have pledged to fight.

"Protecting our democracy takes struggle. It takes sacrifice, but there is joy in it. We the people have the power to build a better future," Harris said, dressed in a white pantsuit, a favorite color of the suffragettes who fought for the right of women to vote.

"While I may the first woman in this office, I will not be the last because every little girl watching tonight sees that this is a country of possibilities," she said, noting the history of her election.

Television networks and the Associated Press called the 2020 presidential race for Biden on Saturday after days of ballot counting, slowed by record turnout and an unprecedented number of mail-in ballots due to the coronavirus pandemic. 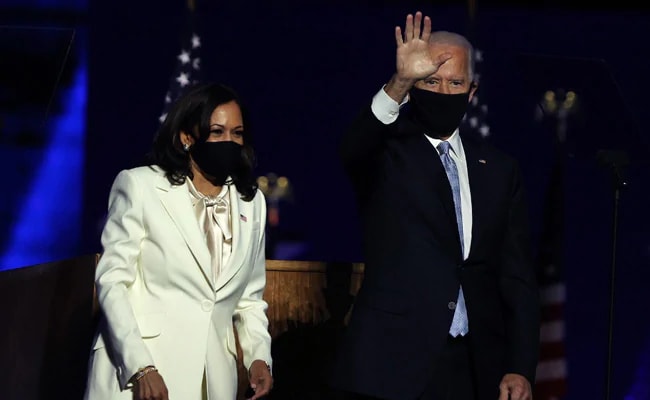 Biden, 77, was joined by Vice President-elect Kamala Harris, 56, the first Black and Indian-American woman to serve in that role.

Trump has dismissed the results, claimed victory outright, and vowed to fight in court, citing unsubstantiated claims of widespread fraud.

"Beginning Monday, our campaign will start prosecuting our case in court to ensure election laws are fully upheld and the rightful winner is seated. The American People are entitled to an honest election: that means counting all legal ballots, and not counting any illegal ballots. This is the only way to ensure the public has full confidence in our election," the president said in a statement that was released right after the race was called.

Biden's address to the nation culminated a long journey for the former vice president, who had run for the White House twice before, but never made it past the early primaries in 1987 and 2008. He considered running after serving eight years as President Barack Obama's vice president, but the death of his son, Beau Biden, and the coalescing of Democrats around Hillary Clinton led him to sit that election out.

Biden's victory moved many Americans into city streets, dancing and marching to celebrate the end of Trump's presidency. A crowd even greeted Trump as he returned to the White House from his golf club in Northern Virginia, shouting and waving signs.

By being declared the winner in Pennsylvania, Biden passed the threshold of 270 Electoral College votes needed to capture the presidency. He could end up with 306 votes if he wins in all the states where he is currently leading, a slightly larger edge than Trump had in 2016, when he secured 304 electoral votes. As ballots continue to be counted, Biden and Harris had earned nearly 75 million votes, more than any ticket in U.S. history and about 4 million more than Trump.

Biden will formally take over the presidency on Inauguration Day, Jan. 20.