Steve Bannon, who was a close adviser during President Donald Trump's 2016 election campaign and in his first months in office, had been subpoenaed to testify before a grand jury in Mueller's probe of links between Russia and Trump's campaign. 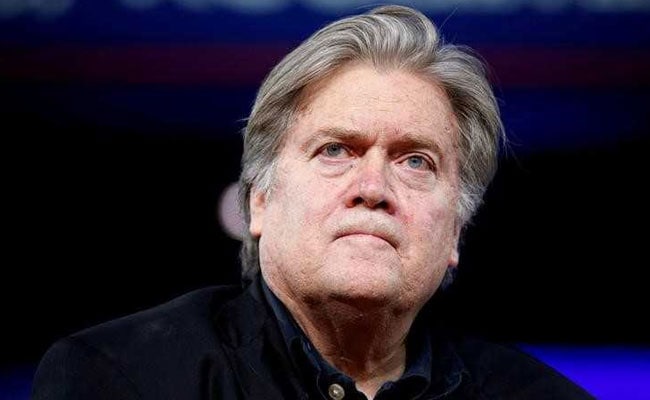 Steve Bannon was fired from the White House in August (Reuters)

Washington: Former White House strategist Steve Bannon has reached agreement with U.S. Special Counsel Robert Mueller to be interviewed by Mueller's investigators rather than appearing before a grand jury, a source familiar with the matter said on Wednesday.

Bannon, who was a close adviser during President Donald Trump's 2016 election campaign and in his first months in office, had been subpoenaed to testify before a grand jury in Mueller's probe of links between Russia and Trump's campaign.

But the source, who spoke on condition of anonymity, said Mueller offered Bannon the option of being interviewed instead, and that Bannon accepted. It was unclear when the interview would take place.

An interview with prosecutors would allow Bannon to have an attorney present during his appearance, as lawyers are not permitted in grand jury rooms.

A spokesman for Mueller declined to comment on the agreement, first reported by CNN. A lawyer who represented Bannon in an appearance before the House of Representatives Intelligence Committee on Tuesday could not be immediately reached.

Bannon was fired from his White House job in August as the president sought to bring more order to his staff operations.

Earlier this month, Trump attacked Bannon for comments he made to Michael Wolff, the author of a book highly critical of the president and his family. They included scathing remarks about Donald Trump Jr., the president's eldest son, for meeting during the campaign with a Russian lawyer who was said to have damaging information on Democratic candidate Hillary Clinton.

Mueller is investigating any potential collusion by Trump's campaign with Moscow in alleged Russian meddling in the 2016 campaign. Russia denies such interference and Trump has denied any collusion.

According to a person familiar with the arrangement, the attorney who represented Bannon for Tuesday's House appearance, William Burck, is not representing him in connection with Mueller's investigation. The person said they did not believe Bannon had hired a counsel for that yet.

The House Intelligence Committee is conducting one of three congressional investigations of the Russia issue, separate from Mueller's probe.

(Except for the headline, this story has not been edited by NDTV staff and is published from a syndicated feed.)
Comments
Steve BannonSteve Bannon Russia ProbeUS elections Russia