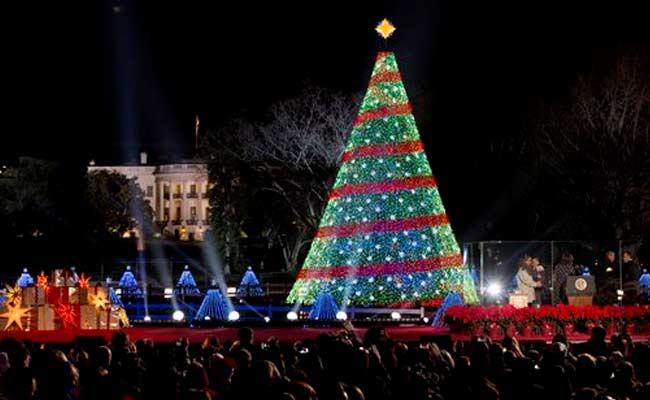 Washington: US President Barack Obama kicked off the holiday season in Washington on Thursday with the lighting of the national Christmas tree.

Promoted
Listen to the latest songs, only on JioSaavn.com
Obama said the national tree is a "symbol of hope and holiday spirit." He urged Americans to remember members of the US military serving overseas, as well as their families.

"As we hold our loved ones tight, let's remember the military families whose loved ones are far from home," Obama said. "They are our heroes."

This year's ceremony marks the 92nd annual lighting of the Christmas tree near the White House. The National Park Service says the tradition was started by President Calvin Coolidge in 1923.