US Plan to Train Ukraine National Guard 'On Hold' 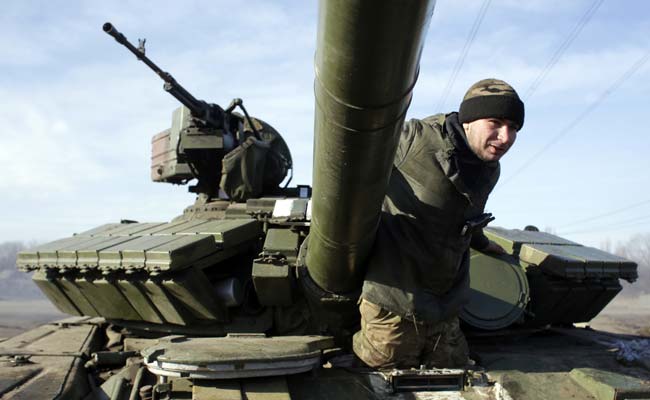 File Photo: A Ukrainian serviceman climbs out of an army tank at a checkpoint near Horlivka, in the region of Donetsk. (Agence France-Presse)

A US plan to train Ukrainian national guard troops is "on hold" pending implementation of a ceasefire deal between government troops and Russian-backed rebels, a spokesman for US forces in Europe said on Friday.

The training mission, first announced in August last year, had been due to start this month. One battalion of US soldiers is due to train three Ukrainian National Guard battalions.

A US military official, speaking to Reuters on Friday on condition of anonymity, said the training mission had not yet been finalised.

Promoted
Listen to the latest songs, only on JioSaavn.com
Later on Friday, a spokesman for US forces in Europe, confirmed the delay in a statement and said: "The US government would like to see the Minsk agreement fulfilled."

"The training mission is currently on hold but Army Europe is prepared to carry out the mission if and when our government decides to move forward," the statement said.
© Thomson Reuters 2015