Three homes were damaged in the suburb of Lake Worth, where the pilots ejected before their small US Navy jet crashed about one block from a middle school. 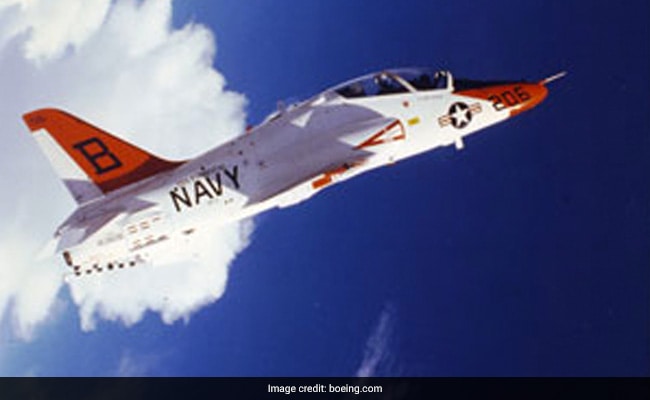 Two US military pilots were rescued and taken to hospital Sunday after their training jet crashed into the backyard of a residence in a Texas neighborhood near Fort Worth, authorities said.

Three homes were damaged in the suburb of Lake Worth, where the pilots ejected before their small US Navy jet crashed about one block from a middle school.

"No resident was injured. The two pilots have been transported to the hospital," Lake Worth Fire Chief Ryan Arthur told reporters.

"This incident could have been much worse, knowing that this plane went down in a residential area here in Lake Worth," he said, adding that the aircraft fortunately crashed in a backyard and avoided a direct hit on a home.

The US Naval Air Training Command (CNATRA) said a Navy T-45C Goshawk jet, a training plane often used on aircraft carriers, crashed about two miles (three kilometers) from a Fort Worth military base.

"The instructor pilot is in stable condition; the student naval aviator's condition is unknown but he is alive and receiving treatment," the command said in a tweet.

The pilots were conducting a routine training flight that originated from Corpus Christi International Airport, about 400 miles to the south. "The cause of the crash is unknown" and under investigation, according to CNATRA.

One showed a parachute hung up in power lines along a roadside, with the chute straps stretching to the ground, while photographs reportedly depicted the plane's still-smoldering wreckage.