Most problematic for the US as it wages its 16-year war in Afghanistan would be if Pakistan suddenly shut its border points into the country; In 2011, Pakistan closed its border to NATO supplies 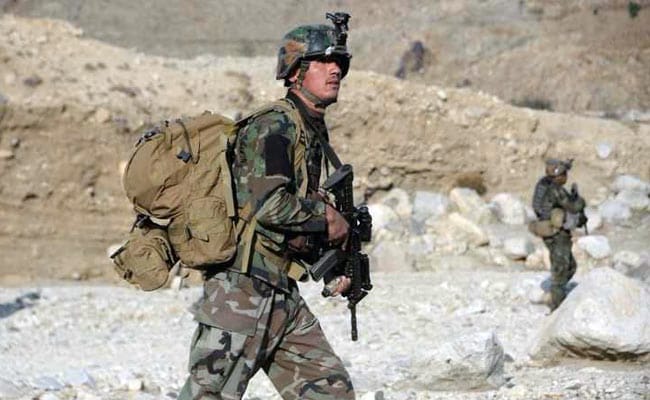 Washington: Pentagon officials are watching for Pakistan's next moves after Washington froze security aid payments to Islamabad, saying it is not doing enough to target Afghan Taliban and Haqqani group bases.

The Trump administration's decision to withhold hundreds of millions from its "coalition support funds" has riled Pakistan, with some there calling for retaliatory measures that might hamper America's warfighting efforts in neighboring Afghanistan.

Most problematic for America as it wages its 16-year war in Afghanistan would be if Pakistan suddenly shut its border points into the country, stemming the vital flow of goods, food and gear from the port at Karachi.

Though US officials insisted they'd seen no evidence Islamabad was planning such a move, it has happened before.

In 2011, Pakistan closed its border to NATO supplies following a series of incidents that brought relations between the US and Pakistan to all-time lows.

These incidents included a botched American air raid and the killing of Osama bin Laden, who was living in the Pakistani city of Abbottabad.

At the time, the US-led forces in Afghanistan endured the closure by relying on cargo flights and a more costly northern route through Russia, Central Asia and the Caucasus.

Citing security reasons, the Pentagon declined to provide percentages of US supplies going into Afghanistan through Pakistan, but Afghan security forces in particular rely on the supply lines through Pakistan, with a stream of trucks hauling a plethora of goods into the landlocked country.

While the US favors Pakistan supply routes because of cost, officials stressed America has built "flexibility and redundancy" into its supply chains.

In Pakistan, several figures were quick to call on their government to close supply lines, including opposition leader Imran Khan.

"The time (has) come to stand firm and give a strong response to the US," Khan said in a statement.

"We must deny the US (supply route) facilities which we were providing the US free of charge."

But Defense Secretary Jim Mattis told Pentagon reporters he had gotten no indication the Pakistanis were going to shut off ground supply lines, or air overflights.

"I am not concerned about them," he said, referring to the supply lines.

Mattis said the US continues to work with Pakistan and would restore security payments "if we see decisive movements against the terrorists who are as much of a threat against Pakistan as they are against us."

For Christine Fair, a South Asia expert at Georgetown University, this part of the problem is key.

The Trump administration must clearly lay out what it expects from Pakistan and what additional punitive steps would be taken if it shuts down the supply lines, she said. 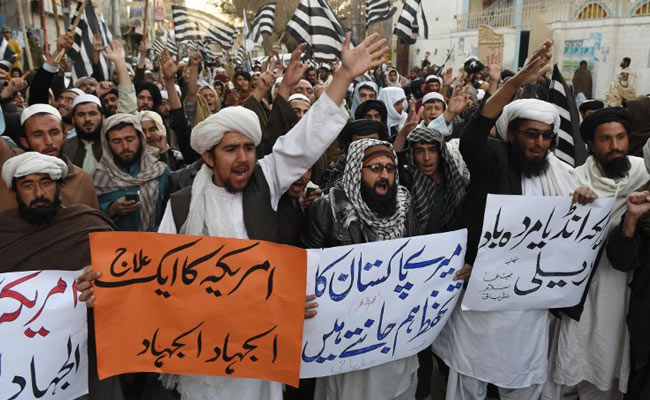 She was particularly concerned about the possibility of Pakistan closing its air space to America, meaning efforts to fly air cargo into Afghanistan could get much more difficult.

Pakistan "could within its rights... say you will not use our air space," she said. "That would be a humungous problem."

Unlike in 2011, the US no longer has an air base in Kyrgyzstan, which had been the main transit point for American military personnel and cargo in and out of Afghanistan but was abandoned amid a price row in 2014 with the Obama administration.

After more than a decade of simmering US anger at Islamabad's links with the Afghan Taliban and the Haqqani network -- a Taliban affiliate -- the Trump administration is trying to draw a line in the sand.

Fair said almost all US deaths from the Taliban in Afghanistan can be attributed to the Pakistanis.

"They literally take our money with one hand and they give it to the Taliban with the other," she said.

"You cannot fight a war and win when the country you are dependent upon for logistical supplies is undermining your efforts there."

A US defense official told AFP that the military already has plenty of options to keep its troops well supplied, and could fill gaps by chartering commercial air delivery planes.

"The question is, if it were to happen, how long would it last?" the official said.

Weeks or months would probably be "something that we could deal with through temporary solutions and wouldn't matter so terribly much."

Promoted
Listen to the latest songs, only on JioSaavn.com
But a longer-term embargo would require the US to find more practical solutions, and these would come with a high price tag, the official added.