US Man Thought He Put Injured Dog In Car's Back Seat. It Was A Coyote

The driver had been driving about 55 mph, and he found the bushy-tailed creature alive but unconscious on the shoulder of the road. He scooped it up and placed it in the back seat of his car. 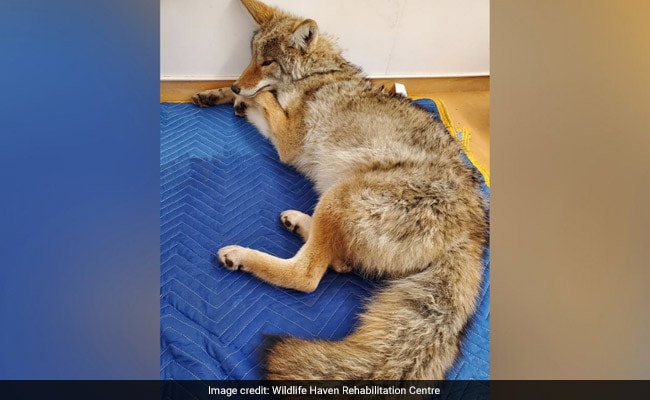 The man thought the animal he'd hit with his car was a German shepherd or a husky. It was a coyote

The Manitoba, Canada, resident was on his way to work last week when a flash of gray-brown fur suddenly materialized in front of his headlights. It was around 9:30 p.m. on Nov. 27 - Boroditsky works the overnight shift at a cheese factory - and he didn't see the animal until it darted across the rural road. By then, it was too late to avoid a collision.

Racked with guilt, the 68-year-old pulled over. He had been driving about 55 mph, and he found the bushy-tailed creature alive but unconscious on the shoulder of the road. Boroditsky scooped it up and placed it in the back seat of his Hyundai.

Only later did he learn that his passenger was not a beloved household pet but a young female coyote - a mix-up that could have ended extremely badly.

"Wild animals are not docile, especially when they're scared," Zo&#233; Nakata, the executive director of Manitoba's Wildlife Haven Rehabilitation Center, told The Washington Post. "So we're very lucky that everyone was safe."

Boroditsky told the Winnipeg Free Press that he worried a wild animal would kill the injured creature if he left it alone on the roadside. When he arrived at work on Nov. 27, he told a co-worker, who went out to his car, then immediately came rushing back to tell him that the "dog" calmly splayed out was no cuddly family pet.

"I thought it was a German shepherd or a husky," Boroditsky told the Canadian Broadcasting Corp. "I didn't think it was a wild animal."

Shocked, he tried to contact conservation officers but wasn't able to reach anyone before morning. In the meantime, the coyote woke up and made herself at home in the Hyundai. Amazingly, she didn't tear up the car or leave any messes, preferring to rest her long snout on the collection of road maps in the back seat.

"I was petting it," Boroditsky told the CBC.

Nakata told The Post that conservation officers were eventually able to remove the coyote from the car and coax it into a kennel. The animal was "in a state of shock" and very lethargic, she said, which accounted for its unusual behavior.

"The fact that it didn't resist just goes to show it was pretty banged up," she said.

The coyote has been recuperating at Wildlife Haven ever since. Officials found that she had sustained some head trauma and had scrapes on her face and legs, but no broken bones. Over the course of the past week, the animal has been "perking up, day by day," as she regains strength and appetite, Nakata said.

The center hopes that the coyote will be healthy enough in about a week to be released back into the wild, in a spot far from any roads. In the meantime, they're warning others that putting a large predatory mammal in the back seat of your car isn't a good idea.

"Our message is, if people do find a coyote on the side of the road, do not pick it up," Nakata said. "The best thing to do is call authorities and the experts."