US Man Claims Car Stolen With Baby Inside. Cops Say He Staged Kidnapping

The baby's father, grandmother and cousin have been charged with evidence tampering and are suspected of participating in an elaborate ruse that was intended to cover up foul play. 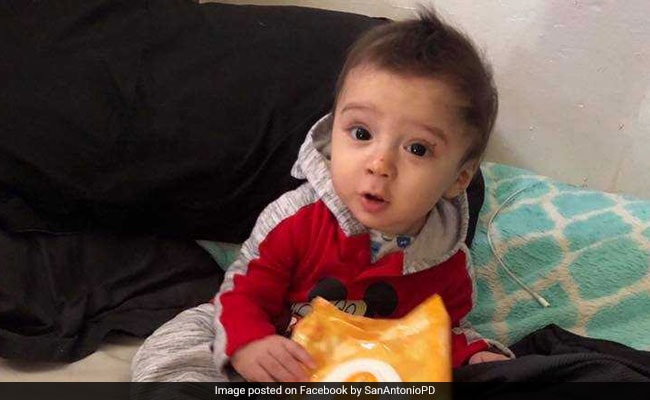 The man calling from a gas station on the west side of San Antonio on Friday night had reason to be alarmed. Christopher Davila, 34, had left his Dodge Dart running while he popped into the convenience store for a bottle of water, he told police. Now, the car was gone - with his 8-month-old son, King Jay Davila, inside.

The phone call sparked a frantic week-long search for the missing infant that is still ongoing. On Thursday night, though, officials delivered grim news. King Jay, they said, is likely dead.

The kidnapping reported to police is believed to be a hoax, and the boy's father, grandmother and cousin have been charged with evidence tampering and are suspected of participating in an elaborate ruse that was intended to cover up foul play. Authorities say that additional charges may be forthcoming and there could be more arrests in the case.

"We have statements from multiple witnesses that unfortunately lead us to believe King Jay is deceased," San Antonio Police Chief William McManus said at Thursday night's news conference. "We charged these three individuals with tampering with evidence because we believe that they participated in staging the kidnapping to hide King Jay's body so we couldn't find it to determine what happened to him."

Officials had expressed doubt about Davila's account of the kidnapping as early as Saturday, saying that he and his family hadn't been cooperating with police and that the investigators who questioned him had noticed discrepancies in his story. That same day, police released surveillance footage from the gas station that showed a woman in a gray hoodie walking toward the car, pulling open the driver side door and getting inside. A second video showed the woman carrying a child's car seat in her arms as she walked down the street.

The woman's purposeful stride across the gas station parking lot led authorities to believe that she was there on a mission. "As you can see," McManus told reporters on Saturday, "from her walking up, there is no hesitation, no looking around, no wondering if she's going to get in this car or not. She knows where she is going and what she's doing."

Two days later, Davila's cousin, Angie Torres, was arrested after she allegedly attempted to shoplift a pack of razors from a Dollar General store, then attacked an employee who confronted her about the theft. In the process of investigating the robbery, police identified Torres, 45, as the woman from the surveillance video.

"We can say now without a doubt that this was not a car theft; this was not a kidnapping," McManus said at a Monday evening news conference. "This was a staged event." He told reporters that police didn't believe that King Jay hadn't actually been inside the car when Davila stopped at the gas station.

Relatives of the boy have denied that claim - as well the other allegations leveled by police. Speaking to the San Antonio Express-News on Tuesday, several members of Davila's family criticized the San Antonio Police Department for placing them under intense scrutiny, and said that Torres was not the woman pictured in the surveillance footage, but that she had confessed in hopes of taking some of the pressure off.

During the same interview with the newspaper, Beatrice Sampayo Davila, Christopher Davila's mother, said that she believed her grandson was still alive. But on Thursday, McManus alleged that the 65-year-old had been the one who drove Torres to the gas station so that she could pretend to abduct King Jay and dispose of the car seat. In addition, he said, Torres told authorities that Beatrice Davila had disclosed to her that King Jay had been severely injured by the baby's father. Both women now face charges of tampering with evidence.

Christopher Davila has also been charged with evidence tampering, McManus said. He had previously been arrested for child endangerment on Saturday, on the grounds that he had left the Dodge's engine running and the doors unlocked while he was in the convenience store. (He was released on bail the next day.)

While in jail, he conducted an interview with local news station KSAT in which he argued that authorities should be not be focusing on interrogating him but searching Rodriguez Park, where the Dodge Dart was found hours after he reported the kidnapping.

"Since day one, the police have been doing the same thing and they are not getting anywhere," he said.

Bexar County court records indicate that Davila has an extensive prior criminal history that includes charges for possession of a controlled substance, assault causing bodily injury, and unauthorized use of a vehicle. His family has argued that he is being singled out as a suspect because of his involvement with a local prison gang known as Tango Orejon, which they say is all in the past. "It has been so long since he has been to jail," Jasmine Gonzales, King Jay's mother, told KSAT on Saturday. "He got his life together for his kids and he is even going through treatment to have his tattoos removed from his face and neck."

Gonzales, who has not been charged in relation to the child's disappearance, remains under investigation, McManus said on Thursday. Though police had initially said that she and Davila were estranged, Gonzales told the Express-News on Sunday that they are in a relationship and have plans to marry. Court records obtained by WOIA indicate that Gonzales is currently married to another man, who denied paternity of King Jay. She filed for divorce in July 2018, and Christopher Davila signed an affidavit saying that he was the baby's father. Gonzales told the station on Thursday that she hadn't seen King Jay since New Year's Eve.

Speaking to KSAT on Saturday, Gonzales described Davila as a loving, overprotective father who "has been devastated by this entire situation." Police tell a different story.

"This kidnapping was used as a ruse to cover up what we believe early on was foul play," McManus said. "What other purpose would you fake a kidnapping other than to hide something?"