"The Boogeyman Is Gone": US "Golden State Killer" Victims Speak Out

The victims of Joseph DeAngelo Jr., a former police officer, appeared in court on the first of three days of testimonies before he is to be sentenced on Friday to 11 life terms without the possibility of parole as part of a plea deal. 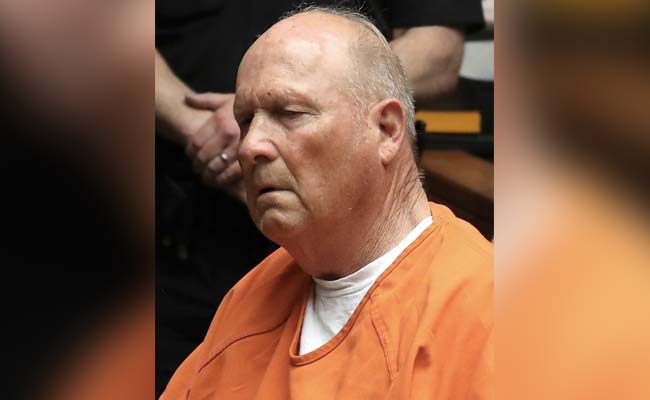 Dozens of women and men who were terrorized by California's "Golden State Killer" during a sadistic decade-long crime spree finally got their day in court Tuesday as they spoke emotionally of their trauma.

The victims of Joseph DeAngelo Jr., a former police officer, appeared in court on the first of three days of testimonies before he is to be sentenced on Friday to 11 life terms without the possibility of parole as part of a plea deal.

Tuesday's hearing began with the testimony of Phyllis Henneman, one of about 50 women DeAngelo has admitted raping.

DeAngelo, 74, has also pled guilty to killing 13 people between 1975 and 1986, and to committing dozens of robberies and kidnappings in one of the most vicious crime sprees in the state's history.

Henneman, whose statement was read by her sister because she suffers from cancer, said she had gone to bed on that fateful night in June 1976 "not knowing my life would change."

"He deserves to spend the rest of his miserable life in prison," Henneman said, describing years of living in anxiety and fear until DeAngelo was finally arrested in 2018.

Kris Pedretti, who was 15 when DeAngelo raped her in December 1976, described how he tormented her and vowed to kill her during the ordeal.

"At three different times that night, I thought I was going to die," Pedretti said. "I sang 'Jesus Loves Me' in my head as I waited to die.

"The next morning, December 19, I woke up knowing I would never be a child again and, although I was truly grateful to be alive, I also felt that I had died," she added.

Patricia Murphy, who was 29 and a mother of two when DeAngelo repeatedly raped her in her parents' home in September 1976, said her life was forever changed after the attack.

Murphy, whose statement was read by her daughter Patti Cosper, described DeAngelo as "an evil monster with no soul" and said he should be punished "to the full extent of the law for the horrific crimes he committed."

"Did his little penis drive him to be so angry all the time?" she said in her statement. "Did he study criminology so he could carry out his evil deeds as a bad cop without getting caught?"

Cosper at one point during the testimony raised her middle finger and pointed it at her mom's rapist.

"May you rot in prison," she said.

Pete Schultze, who was 11 years old when DeAngelo broke into his parents' home, tying him to a bedpost while he repeatedly raped his mom, described how his father slept with a baseball bat for years following the attack.

"Your suffering, sir, has just began," he told DeAngelo. "The Boogeyman is gone."

DeAngelo, who wore an orange jail jumpsuit and a face mask, showed no emotion and gazed at the wall in front of him in the Sacramento courtroom as he listened to the testimony.

The impact statements will be heard through Thursday before DeAngelo is sentenced.

His arrest in 2018 came after investigators successfully matched DNA evidence from crime scenes with a family genealogy database used by his relatives.

The known attacks began in 1975, initially in the Sacramento area of central California, before spreading out across the state.

The spree apparently ended abruptly in 1986 with the rape and murder of an 18-year-old girl.

Along the way, the meticulous masked assailant was given a number of other nicknames including the East Area Rapist, the Diamond-Knot Killer and the Original Nightstalker.

DeAngelo in June pleaded guilty to 13 murders as well as dozens of rapes, kidnappings and robberies.

As part of his plea deal, his life sentences will be served consecutively, meaning he has no chance at ever walking free.