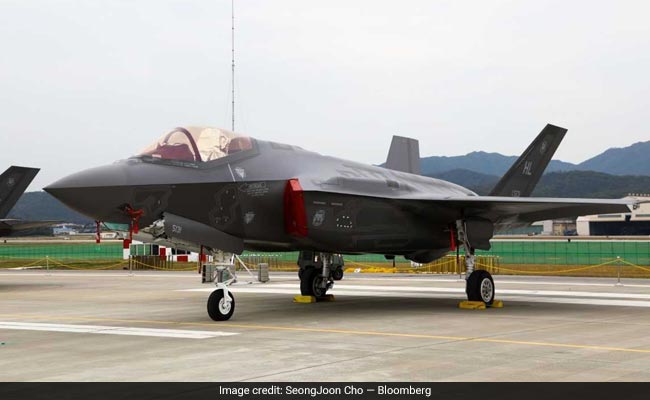 China's grip on the global market for rare-earth metals gives it the ability to target American weaponry in its trade war with the U.S.

Everything from Lockheed Martin Corp.'s F-35 Joint Strike Fighter jet to guided missiles and lasers used to determine targets rely on the elements to perform key functions. China accounts for as much as 95% of global output and the U.S. relies on the Asian nation for 80% of its rare-earths requirement.

Rare earths, which despite the name are more widely available than precious metals in the Earth's crust, have been thrust into the spotlight by a series of media reports in China signaling Beijing is gearing up to use the minerals as a counter in its trade battle with Washington. Tit-for-tat tariffs on a slew of commodities including soybeans, natural gas and aluminum have already roiled global markets and threatened global economic growth.

"The fact that rare earths are on the menu again means China is using its most powerful political tool in the resources space," said Simon Moores, managing director at Benchmark Mineral Intelligence, an industry researcher. "Rare earths are a niche specialty and critical to the Defense Department."

The U.S. imported $160 million worth of rare-earth metals and compounds in 2018, an increase of 17% from the prior year, but down from $519 million of refined rare-earths in 2012, according to the U.S. Geological Survey.

Each F-35 Lightning II aircraft -- considered one of the world's most sophisticated, maneuverable and stealthy fighter jets -- requires approximately 920 pounds of rare-earth materials, according to a 2013 report from the U.S. Congressional Research Service. It's the Pentagon's most expensive weapons system and the first fighter designed to serve all three branches of the U.S. military.

Rare earths including yttrium and terbium are used for laser targeting and weapons in Future Combat Systems vehicles, according to the Congressional Research Service report. Other uses are for Stryker armored fighting vehicles, Predator drones and Tomahawk cruise missiles.

The Pentagon didn't immediately respond when asked about the issue.

The Department of Defense accounts for about 1% of total U.S. consumption of rare earths, according to a 2016 report from the U.S. Government Accountability Office. Still, "rare earths are essential to the production, sustainment, and operation of U.S. military equipment. Reliable access to the necessary material, regardless of the overall level of defense demand, is a bedrock requirement for DOD," the GAO said in the report.

The elements are also found in iPhones, electric vehicles and wind turbines, and rare-earth permanent magnets are used in miniature motors or generators that allow windscreen wipers, electric windows, and power steering to function.

While China uses rare earths "to strike fear into the heart of Washington, D.C. politicians," Moores said his research firm has been trying to ease concerns over its other uses in areas. Growth in rare-earths consumption is flat, and lithium-ion batteries -- which use other critical raw materials that China is the biggest exporter of -- will grow 10-fold over the next decade, he said.

Still, the U.S. does still face a shortage. While America mines about 3,000 to 4,000 metric tons of rare-earth concentrates each month, it exports almost all of that to China, leaving it entirely dependent on supplies from abroad.

"The headline is that this is a trade war, but what if longer term, beneath the trade issues we get locked into a war for technology domination in the 21st century? There are no rulebooks here," said Dan McGroarty, the founder of Carmot Strategic Group, a consulting company that advises on rare-earths and critical minerals.