Under the Vienna Convention, family members of diplomats living in other countries are covered by immunity, allowing them to avoid arrest for virtually any crime and escape civil liability in most circumstances. 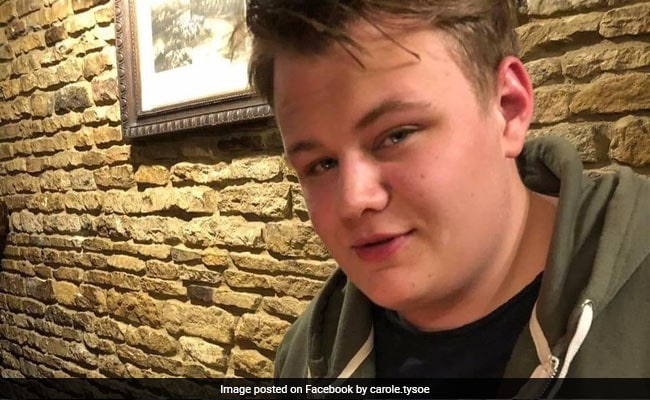 Harry Dunn died after the woman allegedly collided with his motorcycle near the US air base..

An American woman, the wife of a U.S. diplomat, has fled the United Kingdom after killing a British teenager in a wrong-way collision, authorities said Saturday. Harry Dunn died after the woman allegedly collided with Dunn's motorcycle near the Royal Air Force Croughton station, which is operated by the U.S. Air Force.

Offering his sympathies to the family for their "tragic loss," British Prime Minister Boris Johnson said Monday that he hoped the woman, who has been identified as 42-year-old Anne Sacoolas, would return to Britain to face justice.

Speaking to the BBC, Johnson said: "I hope that Anne Sacoolas will come back and will engage properly with the processes of law as they are carried out in this country."

"If we can't resolve it, then of course I will be raising it myself personally with the White House," he continued. (The State Department declined to confirm her identity after Johnson's statement.)

The death sparked widespread outrage after authorities revealed that Sacoolas claimed diplomatic immunity under international law, allowing her to avoid prosecution and leaving British authorities and Dunn's loved ones to demand that she return to face the consequences of her actions.

In an emotional plea on Saturday, Dunn's parents begged President Donald Trump to intervene and to send Sacoolas back to Britain.

"President Trump, please listen," Dunn's mother, Charlotte Charles, said in an interview with Sky News. "We're a family in ruin. We're broken. We can't grieve. Please, please, let her get back on a plane, come back to the U.K. . . . We could understand how she's feeling, but more importantly, she needs to face justice, see what she's done."

Under the 1961 Vienna Convention on Diplomatic Relations, family members of diplomats living in other countries are covered by immunity, allowing them to avoid arrest for virtually any crime and escape civil liability in most circumstances. However, the diplomat's home country can waive immunity - and that's what British authorities and Dunn's loved ones are calling for in this case.

Nick Adderley, chief constable for the Northamptonshire Police, said Sunday that both he and the police chief have asked the U.S. Embassy "in the strongest terms" to waive the woman's immunity "in order to allow the justice process to take place."

In a statement Sunday to The Washington Post, British Foreign Secretary Dominic Raab said that he "called the U.S. ambassador to express the U.K.'s disappointment with their decision, and to urge the embassy to reconsider it."

"Any questions regarding a waiver of immunity with regard to our diplomats and their family members overseas in a case like this receive intense attention at senior levels and are considered carefully given the global impact such decisions carry," the spokesperson said.

Following the revelation Saturday that Sacoolas had fled, Dunn's parents launched a #Justice4Harry campaign that has since drawn the attention of British lawmakers and thousands of supporters. Charles told Sky News that there was "barely a day that went by where [Harry] didn't go out riding on his bike," racking up 50,000 miles of travel on his black Kawasaki.

A fundraising page that was created to help the family with their quest for justice has attracted hundreds of donations, with more than 6,955 pounds ($8,572) raised so far. "Harry's loss has left an enormous hole in the lives of the family and they are understandably going through a shattering and life changing time," the page reads.

Dunn's family said he was hit around 8:30 p.m. about 400 yards from the Air Force facility. Dunn died at a hospital, Northamptonshire Police said.

During the investigation, the American woman cooperated "fully" with police, and even assured them "she had no plans to leave the country in the near future," Northamptonshire Police Superintendent Sarah Johnson said in a statement Saturday.

But then police learned the driver would be claiming diplomatic immunity, and they made an immediate waiver request to the U.S. Embassy in London, a spokeswoman told The Post. That request was denied, she said.

"We're disgusted, appalled, how she could be having this cloak wrapped around her," Dunn's father, Tim Dunn, told Sky News. "I'm angry that someone could do this and then get on a plane and go.

"I can't believe she's living with herself," he added.

American diplomats have been involved in numerous overseas deaths in recent decades, but they have largely avoided punishment under diplomatic immunity, even amid tense pressure from the countries where those incidents took place.

It's unclear whether pressure from British lawmakers will sway U.S. officials after they have already facilitated the 42-year-old woman's return to the country and shielded her identity.

Angela Rayner, a member of Parliament and the Labour Party's shadow education secretary, said on Twitter that "diplomatic rules should not be used in this case."

"This is heartbreaking and nobody can be above the law," Rayner wrote, using the #Justice4Harry hashtag. "If you are here in the U.K. then you must abide by our own rules. This family deserve answers and respect shown to their son."