India, being the world's largest democracy, is likely to play an important role in such a summit. 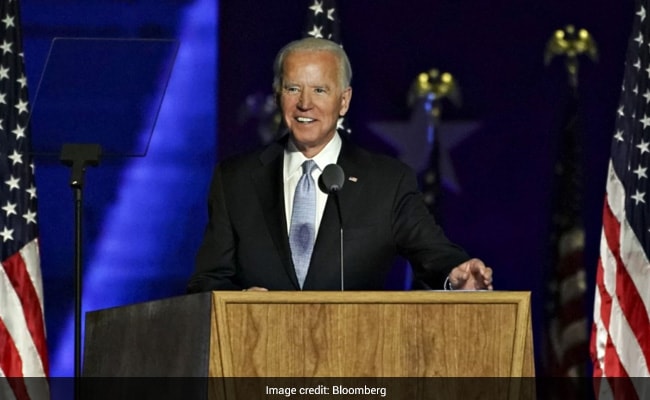 During his first year of presidency, Joe Biden plans to bring together the democracies of the world by hosting a global Summit for Democracy to "renew the spirit and shared purpose" of the nations of the Free World, according to a policy paper issued by his campaign during the US presidential election.

India, being the world's largest democracy, is likely to play an important role in such a summit.

Biden defeated incumbent President Donald Trump in the bitterly-fought presidential election that attracted a record number of Americans to cast their votes.

"During his first year in office, President Biden will bring together the world's democracies to strengthen our democratic institutions, honestly confront the challenge of nations that are backsliding, and forge a common agenda to address threats to our common values," according to the policy document issued by his campaign.

"President Biden will organise and host a global Summit for Democracy to renew the spirit and shared purpose of the nations of the Free World," it said.

The Summit will prioritise results by galvanising significant new country commitments in three areas: (1) fighting corruption; (2) defending against authoritarianism, including election security; (3) advancing human rights in their own nations and abroad, it said.

The proposed Summit will include civil society organisations from around the world that stand on the frontlines in defense of our democracies. Details of the summit would be worked after early next year, it said.

It will also issue a Call to Action for the private sector, including technology corporations and social media giants, to make their own commitments, recognising their responsibilities and their overwhelming interest in preserving open, democratic societies and protecting free speech, the Biden Campaign said.

"For example, technology companies-which benefit from the fruits of democracy- should make concrete pledges for how they can ensure their algorithms and platforms are not empowering the surveillance state, facilitating repression in China and elsewhere, spreading hate, spurring people to violence, and remaining susceptible to misuse," said the policy document.

As an example of the concrete action our world needs, Joe Biden served as a founding member of a Trans-Atlantic Commission on Election Integrity-to fight back against Russia's attacks on Western democracies, the policy document pointed out.

The Commission asked politicians across Europe to sign a pledge committing to transparency in campaign finance and to reject the use of fabricated or hacked material.

"Now that he is a candidate for office, Biden has signed that pledge and is calling on every person running for president to do the same," it said.

Before hosting the global summit for Democracy, the Biden Administration plans to take a host of steps to strengthen democracy in the country.

Prominent among them include reforming the criminal justice system to eliminate inequitable disparities; restore the Voting Rights Act; and seek greater transparency in the campaign finance system so money, foreign and domestic, won't pollute politics.

The Biden administration also plans to immediately end the horrific practice of separating families at the border and holding immigrant children in for-profit prisons.

"Abandoning our deepest-held values does nothing to increase security at our border-and everything to diminish our standing in the world. At the same time, as president, Biden will establish sensible policies that improve screening procedures at our legal ports of entry and make smart investments in border technology, in cooperation with Canada and Mexico," it said.

"Terminate the travel ban against people from Muslim-majority countries. Reverse Trump's detrimental asylum policies and raise our target for refugee admissions to a level commensurate with our responsibility and unprecedented global need," the policy document said.

The Biden Administration also plans to restore a commitment to science and truth in government, including bringing back the words "climate change"; and return the phrase "nation of immigrants" to the mission statement of its Citizenship and Immigration Services.

"Revitalise our national commitment to advancing human rights and democracy around the world," said the policy document.