The lawsuit argues that President Donald Trump exceeded his authority when he temporarily halted access to several employment-based visas, affecting hundreds of thousands of people seeking to work in the US 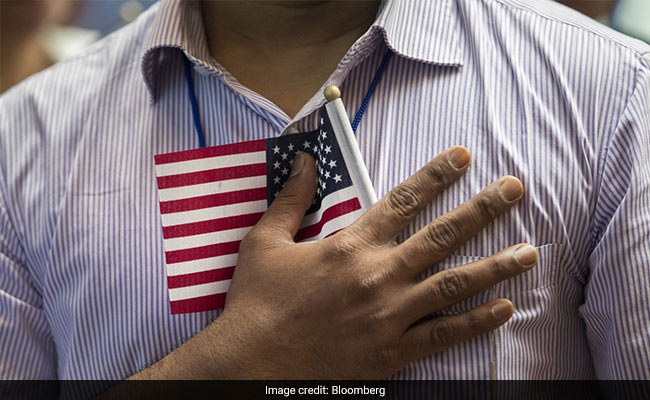 Several big U.S. business groups sued the Trump administration seeking to throw out immigration restrictions, including those on H-1B visas issued to highly skilled workers with expertise in specialty fields.

The lawsuit, filed in federal court in San Francisco on Tuesday against the Department of Homeland Security and the State Department, argues that President Donald Trump exceeded his authority last month when he temporarily halted access to several employment-based visas, affecting hundreds of thousands of people seeking to work in the U.S.

The plaintiffs, which include the U.S. Chamber of Commerce, the National Association of Manufacturers and the National Retail Federation, seek to overturn "these sweeping and unlawful immigration restrictions that are an unequivocal 'not welcome' sign to the engineers, executives, IT experts, doctors, nurses, and other critical workers who help drive the American economy," Chamber Chief Executive Officer Thomas Donohue said in an emailed statement.

NAM Senior Vice President and General Counsel Linda Kelly said "our industry should be laser-focused on leading our recovery and renewal, but these visa restrictions will hand other countries a competitive advantage because they will drive talented individuals away from the United States."

Homeland Security, State and the White House didn't immediately respond to requests for comment on the suit.

Trump's June 22 order repeals entire visa categories for temporary workers, "inflicting severe economic harm on a wide range of American businesses across all economic sectors," according to the complaint. The plaintiffs argue that it exceeds presidential authority, so federal departments and officials can't implement or enforce it.

Though Trump cited the coronavirus pandemic, his order doesn't bear a "rational relationship" to the problem, according to the suit, which seeks a court order finding the restrictions illegal and blocking them.

The Chamber is a longtime supporter of high-skilled immigration and Deferred Action for Childhood Arrivals, or DACA, which provides legal status for some migrants who entered the country as children.

The president's order freezes new H-1B and H-4 visas, used by technology workers and their families, as well as L visas for intracompany transfers and most J visas for work- and study-abroad programs, including au pairs, through the end of the year.

There are approximately 580,000 foreign workers with H-1B visas in specialized jobs in the U.S., according to the suit. Almost 160,000 L visas were issued in 2019 for executives, managers and employees with special experience and their dependents, and about 300,000 exchange visitors enter the U.S. annually on J visas, the Chamber said.

With assistance from Nick Wadhams and Justin Sink.