"Can Do It If I Want": Trump On Using Emergency Powers For Border Wall

Donald Trump is facing mounting pressure from his conservative base to deliver a win at a moment when House Democrats with newfound powers are expected to launch investigations into the president's policies and personal finances. 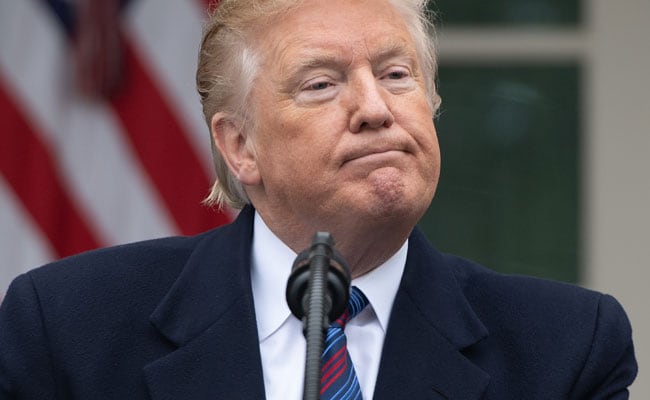 President Donald Trump on Friday offered his most robust public case for the border wall since the partial government shutdown began two weeks ago, expounding for an hour at the White House about the need for a barrier to keep out terrorists and dissuade migrants while asserting he has the legal authority to build it without congressional consent.

In a forceful but meandering performance that included numerous false or questionable assertions, Trump announced he was considering declaring a "national emergency" to move forward on construction through executive power; argued his administration would use eminent domain to obtain private land along the U.S.-Mexico border; and suggested a steel wall could provide manufacturing jobs to U.S. companies.

Yet legal experts said Trump's emergency powers under federal law are limited and expressed doubt that such an avenue would solve a mounting political dilemma for a president who, two years into his term, has elevated the fight over the wall into a defining moment for his presidency. 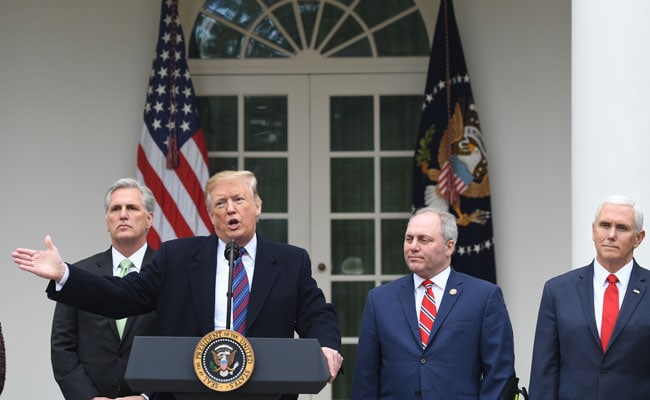 Trump is facing mounting pressure from his conservative base to deliver a win at a moment when House Democrats with newfound powers are expected to launch investigations into the president's policies and personal finances. With Democrats beginning to declare their candidacies for the White House in 2020 and some prominent Republicans ramping up criticism of him, Trump is determined to hold out in the shutdown fight, aides said.

"It's resonating with our base for sure," said Sen. Lindsey Graham, R-S.C., a Trump ally. "This is not really about immigration now. The people who elected Trump believe the wall is a foundation of border security. It's a statement about sovereignty. When they're told by the people they hate that this makes no sense, it makes them more determined to get the wall."

But Rep. Adam Smith, D-Wash., chairman of the House Armed Services Committee, accused Trump of considering an "unwise, weak and irresponsible legal gimmick" that would divert "substantial resources" from the military to build a wall.

"By abusing this authority, President Trump would be saying that he does not actually believe all money he requests for our country's defense is needed for legitimate national security purposes," Smith said. "That would raise major questions about his credibility when he requests his next defense budget from Congress."

With a shutdown that has furloughed 800,000 federal workers entering its third week, Trump was repeatedly challenged by journalists at the Rose Garden news conference over his hard line strategy to force a shutdown over $5 billion for a wall he once promised Mexico would pay for. Democrats have said they will not budge from the $1.3 billion in funding for border security resources that would not include a wall.

While Barack Obama used uplifting rhetoric to paint the immigrants as hardworking strivers, Trump employed foreboding language to warn of terrorists and immigrants intent on exploiting the U.S. immigration system

He repeated false claims that a renegotiated U.S. trade deal with Mexico and Canada would provide new revenue to reimburse taxpayers - even though that deal still requires congressional approval to go into effect and any new revenue would benefit private companies.

"I view that as absolutely Mexico is paying for the wall," Trump declared.

Inside the White House, there had been growing frustration that Trump - who canceled a holiday vacation at his Mar-a-Lago resort in Florida and remained in Washington - was not making an expansive public case for the wall.

Some aides explained the relative silence as a factor of the White House clearing out for the holidays - a virtual "ghost town," one said, without enough staffers to convene meetings or plan speeches. Trump scuttled a tentatively planned trip to the border, according to two senior administration officials.

The president told aides he was winning the shutdown politics. But one aide described him as "incredibly sensitive to negative press . . . He'll be willing to hold out as long as he's not getting crushed."

On Thursday, as cable news stations offered blanket coverage of Rep. Nancy Pelosi, D-Calif., being sworn in as Speaker of the House, Trump made his first-ever appearance in the White House briefing room, joining several Border Patrol agents who support the wall. 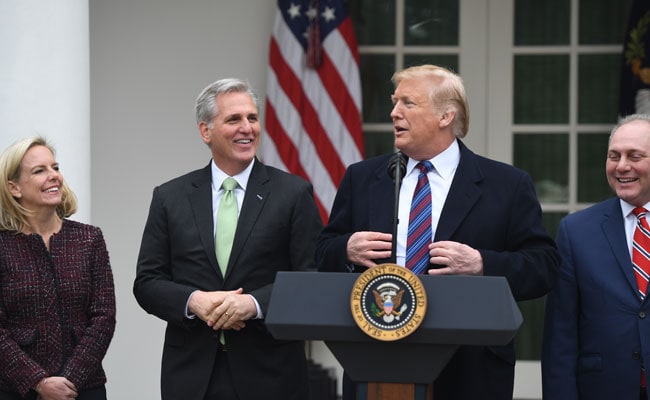 "I have not seen him this resolved on any issue for his entire two years of his administration," said Rep. Mark Meadows, R-N.C., a top Trump ally. "He's promised this to his constituency, he believes this is the issue that fundamentally made him win, and he's waited two years to get this done."

The setting in the Rose Garden was reminiscent of President Barack Obama's announcement in the same location in June 2012 that he was using executive authority to create a deferred action program to shield hundreds of thousands of young undocumented immigrants from deportation.

But while Obama used uplifting rhetoric to paint the immigrants as hardworking strivers, Trump employed foreboding language to warn of terrorists and immigrants intent on exploiting the U.S. immigration system - even though the Department of Homeland Security has disclosed few details about any terrorists who have been apprehended at the southern border.

Just weeks after two immigrant children died while in DHS custody after crossing the border without authorization, Trump, who over the weekend used Twitter to blame the deaths on Democrats, argued that a border wall would deter migrant families from making a treacherous journey to the U.S. border.

"We have to take care of these children. We can't let them die on the way up," he said. "What's happening to the women in those caravans - it's horrible what's happening."

If the women and children "know they can't get through because we have a great border wall or fence or barrier, they're not going to come up and you're not going to have the problem," Trump added. Yet a surge of immigrant families in recent years has been driven by those aiming to surrender to authorities in hopes of winning asylum protections.

Trump also asserted that past presidents told him they should have built the wall, but he did not offer details. Three of the living former presidents are Democrats, and Republican George W. Bush supported unsuccessful comprehensive immigration reform legislation that would have provided a path to citizenship for millions of undocumented immigrants.

The White House had signaled in mid-December that it would support a short-term continuing resolution to keep the government open until early February. But Trump reversed course after criticism from influential conservatives in Congress and talk show hosts who chastised him for backing away from his long-standing threats to close the government over the wall funding.

In the Rose Garden, Trump confirmed reports that he warned Democrats the shutdown could last months or even years, though he said he hoped it would not last more than a few days. He professed to be "very proud" of his strategy.

Trump aimed to create a sense that his administration was moving forward, declaring that it has built "a lot of miles of wall already" - even though DHS officials said recently they have replaced dozens of miles of aging structures but have not built any new barriers since Trump took office.

Warning that gangs or other unauthorized immigrants would breach any gaps, Trump concluded: "We cannot let that happen."

(Except for the headline, this story has not been edited by NDTV staff and is published from a syndicated feed.)
Comments
Donald TrumpUS Border WallUS Mexico Border Wall