US Bombs Weapons Storage Bunker In Syria After Troops Withdraw

These airstrikes were conducted to prevent the ammunition and other equipment from falling into the hands of armed groups. 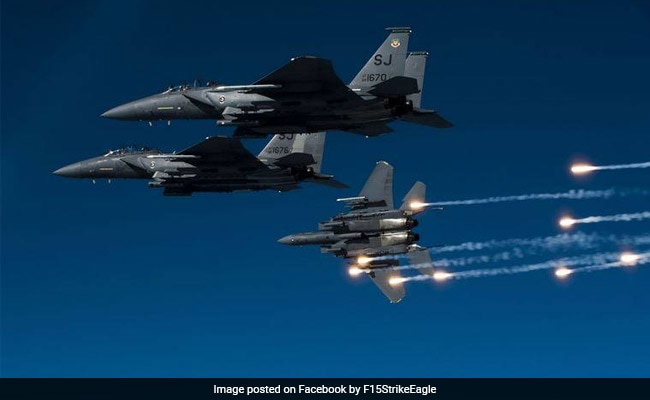 Two US fighter jets conducted pre-planned airstrikes on Wednesday targeting an American munitions storage bunker in Syria to destroy munitions and other equipment left behind following the withdrawal of its troops from the country, United States defence officials said.

Myles Caggins, a spokesman for the US-led military coalition fighting ISIS, said that the airstrikes were conducted by two F-15Es at the Lafarge cement factory to destroy an ammunition cache, and reduce the facility's military usefulness, reported CNN.

The airstrikes were conducted to prevent the ammunition and other equipment from falling into the hands of armed groups.

The Lafarge cement factory is located between Kobani and Ain Issa, close to the Turkish border. The compound served as the headquarters of the de facto Defeat-ISIS coalition in Syria.

The development comes days after US President Donald Trump announced the withdrawal of US troops from northeast Syria amid Turkish military offensive against the Kurdish forces.