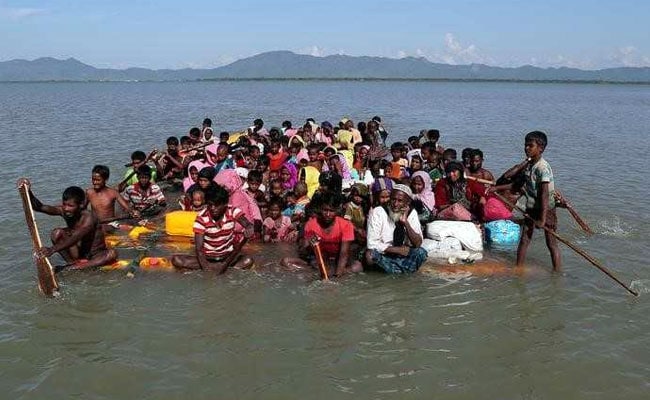 US accuses military commanders of "ethnic cleansing" and violence against minority community. (Reuters)

The US government on Friday hit four Myanmar military commanders and two military units with punitive sanctions, accusing them of "serious human rights abuses" and "ethnic cleansing" in violently expelling minority Rohingya from their homes.

"Burmese security forces have engaged in violent campaigns against ethnic minority communities across Burma, including ethnic cleansing, massacres, sexual assault, extrajudicial killings, and other serious human rights abuses," said Sigal Mandelker, Under Secretary for Terrorism and Financial Intelligence in the US Treasury, which announced the sanctions.

The US Treasury said the sanctions on individuals were meant as a warning to security forces to cease abuses of ethnic and religious minorities and to respect their rights.

The sanctions, which seek to lock those named out of global financial and commercial networks and freeze any overseas assets they have, were brought under the Global Magnitsky Human Rights Accountability Act, a US law originally targeting Russia but now expanded to punish rights abusers worldwide.

Aung Kyaw Zaw was singled out for having presided over the operations that drove some 700,000 Rohingya from their homes in Rakhine state, in southwest Myanmar, and into neighboring Bangladesh since 2016.

The campaign has been marked by numerous extrajudicial killings, rape and burning of villages by security forces.

Khin Maung Soe was in charge of a command which participated in a massacre of Rohingya on August 27, 2017 in Maung Nu, where soldiers "reportedly beat, sexually assaulted and summarily executed or otherwise killed dozens of Rohingya villagers," the Treasury said.

Thura San Lwin was the leader of the Border Guard Police, allegedly responsible for extrajudicial killings, sexual violence and assault against various minorities.

And Khin Hlaing was singled out for abuse of Kachin, Shan and Chinese minorities who in November 2016 were forced to serve as human shields for his military unit in battles with militias.

"There must be justice for the victims and those who work to uncover these atrocities, with those responsible held to account for these abhorrent crimes," said Mandelker.

"We will continue to systematically expose and bring accountability to human rights abusers in this region and many others and greatly appreciate the efforts of civil society who are doing the same."