Trump "Knew Exactly" What Was Going On In Ukraine: Man Linked To Trump's Lawyer 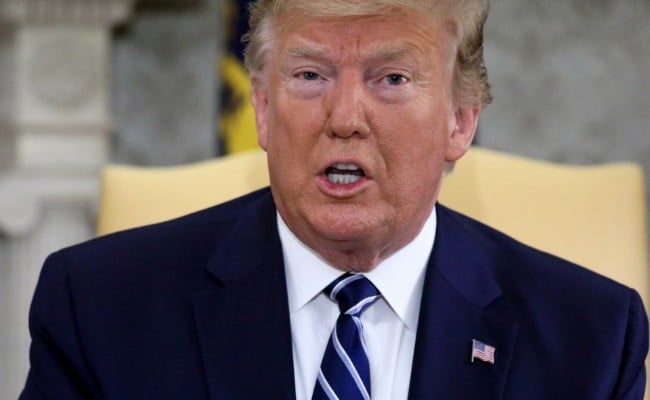 "I don't know those gentlemen... I don't know what they do," Donald Trump had said last year. (File)

US President Donald Trump "knew exactly what was going on" with an alleged campaign to pressure Ukrainian officials to investigate political rival Joe Biden, an indicted member of his inner circle told US media.

Trump has strongly denied allegations he ordered a campaign pressuring Ukrainian officials to investigate the business dealings of former vice president Biden and his son, part of the impeachment inquiry that will formally read out charges facing the president in the Senate Thursday.

Lev Parnas, an associate of Trump's personal lawyer Rudy Giuliani, told MSNBC on Wednesday that "President Trump knew exactly what was going on."

"He was aware of all my movements. I wouldn't do anything without the consent of Rudy Giuliani or the president."

They also showed the two, working with Ukrainian officials, trying to force out the US ambassador to the country, Marie Yovanovitch, who was eventually removed by Trump.

Parnas, a Soviet-born American, was arrested on charges of campaign finance violations in October as he attempted to flee the country, and was ordered to turn over key documents to House investigators.

Representative Adam Schiff, who had led the investigation and who will now lead the prosecution against Trump, said previously that Parnas "reportedly worked with Giuliani to pressure Ukraine for dirt on Trump's opponents."

The president has denied all wrongdoing, and sought to distance himself from Parnas when he was arrested in October- along with his business partner.

"I don't know those gentlemen... I don't know what they do," Trump said last year. "Maybe you will have to ask Rudy."

(Except for the headline, this story has not been edited by NDTV staff and is published from a syndicated feed.)
Comments
Donald Trumptrump impeachmentTrump Impeachment Inquiry