Metin Topuz, a Turkish citizen and liaison for the US Drug Enforcement Administration (DEA), tearfully denied the charges against him. 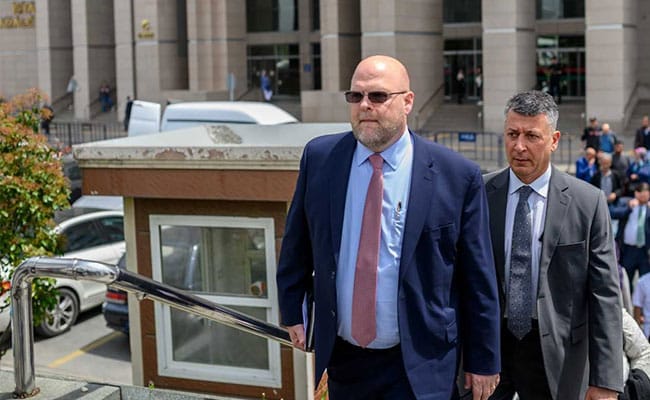 The judge ordered Metin Topuz to remain in custody, and set the next hearing for June 28

A US consular staffer was ordered to remain in custody by a Turkish court on Wednesday after the latest hearing in his trial on espionage charges -- part of a growing rift between Washington and Ankara.

Metin Topuz, a Turkish citizen and liaison for the US Drug Enforcement Administration (DEA), tearfully denied the charges against him, saying: "I didn't commit any crime," according to an AFP reporter in the court.

Topuz was arrested in 2017 and accused of contacts with police and a prosecutor suspected of ties to US-based Muslim preacher Fethullah Gulen, who Ankara says ordered an attempted coup in 2016.

"All my contacts with those in high-ranking positions of the state at the time were entirely part of my work as a translator and assistant liaison officer at the DEA. I am innocent," he said, tearfully.

US embassy charge d'affaires Jeffrey Hovenier told reporters outside the courthouse that they had "seen no credible evidence of any criminal wrongdoing on the part of Metin Topuz".

"We reiterate our call on the Turkish authorities to resolve this matter swiftly, transparently and fairly," he said.

The judge ordered Topuz to remain in custody, and set the next hearing for June 28.

His defence lawyer said Topuz would have remained in custody in any case because he faces a separate investigation on charges of seeking to "overthrow the constitutional order".

The trial comes at a time when the NATO allies are increasingly at odds over the Syrian conflict, Turkey's decision to buy a Russian missile defence system, and the US refusal to extradite Gulen.

According to his indictment, Topuz is accused of espionage as well as arranging arms trafficking through exchanges on the WhatsApp messaging service.

On Wednesday, his lawyer presented the court with a list of his phone calls to police, saying they were entirely work-related.

Since the failed 2016 coup against Erdogan, tens of thousands of people have been arrested over suspected ties to Gulen and more than 100,000 people have been sacked or suspended from public sector jobs. Gulen rejects the coup accusations.