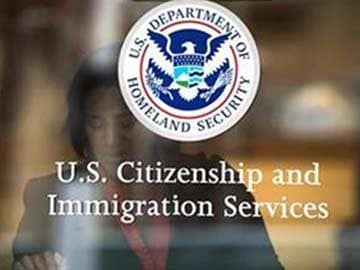 Washington: The United States said on Tuesday it will soon start issuing work visas to the spouses of some foreign workers as part of a drive to retain highly skilled people.

The change will affect the spouses of people with so-called H-1B visas, a limited-term working visa that employees obtain when they are sponsored by their companies.

As it stands now, their spouses only get a "dependent" H-4 visa which allows them to live in the US but not to work.

When spouses cannot work foreign families tend not to settle in the United States, depriving it of many workers highly skilled in science and technology.

Under the changes, spouses of people with H-1B visas who have applied for permanent residency 'green cards' can also apply for permission to work.

"The proposals announced today will encourage highly skilled, specially trained individuals to remain in the United States and continue to support US businesses and the growth of the US economy," said Deputy Secretary of Homeland Security Alejandro Mayorkas.

"The fact is, we must do more to retain and attract world-class talent to the United States and these regulations put us on a path to doing that," said US Commerce Secretary Penny Pritzker.

Silicon Valley welcomed the news. The US information technology hub has for years been pushing for changes in immigration rules.

But a more ambitious immigration reform, which would go beyond a mere administrative tweak and for example raise the total number of visas available for foreign workers, has been stuck in Congress for nearly a year.

"By sensibly improving these rules, we can help ensure that the most talented foreign innovators conduct their break-through research right here at home," said Bruce Mehlamn, head of the Technology CEO Council, a business group bringing together major tech firms like IBM, Dell and Intel.

"Of course these administrative improvements cannot substitute for the bipartisan, common-sense immigration reforms that Congress alone can advance," he added.

Promoted
Listen to the latest songs, only on JioSaavn.com
This administrative change comes with further easing of restrictions for researchers seeking a green card.

It will take effect after a period allowing for public comment after the change is published in the Federal Register.