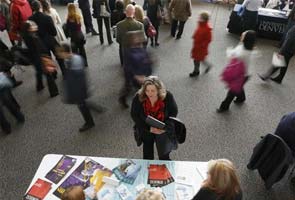 London: Britain has overtaken Australia to become the world's second most desirable location for professionals looking to live and work abroad, trailing only the United States, a survey found on Wednesday.

Worries about Britain's fragile economy, high household bills and squeezed wages were eclipsed by its growing reputation as a centre for fast-expanding technology companies, the poll said.

The United States held on to its status as the most popular location for professionals moving overseas, followed by Britain, Australia, Singapore, Canada and Switzerland.

"The United States is still the dominant force, but the UK is definitely on the march," said Dan Fox of recruitment company Hydrogen, which commissioned the survey of 2,000 people in 90 countries.

"We are seeing a lot of Europeans coming to work in the UK. It is all about wanting to work for the up-and-coming companies."