Matthew Hedges was formally charged last week with spying on the Gulf state, where he is being held in solitary confinement. 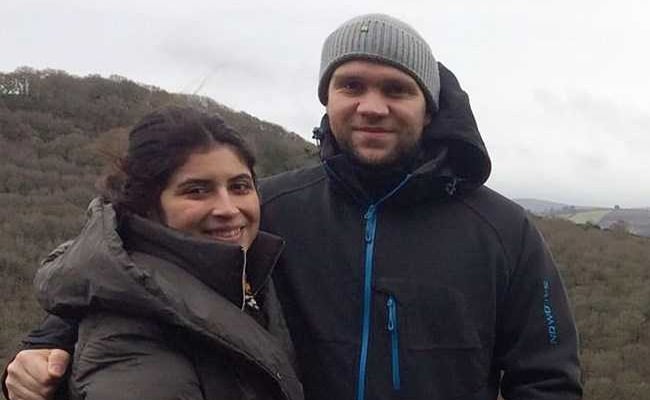 A United Arab Emirates court has postponed hearing the case of a British academic charged with espionage until November 21 to re-examine the evidence, his wife said on Thursday.

Matthew Hedges, a 31-year-old doctoral student at Durham University, appeared on Wednesday in the Federal Court of Appeal in the capital Abu Dhabi.

He was arrested on May 5 at Dubai airport after a two-week research visit and formally charged last week with spying on the Gulf state, where he is being held in solitary confinement.

The court agreed to the review after the defence lawyer, assigned to the case on Oct. 10, argued that the evidence retrieved from Hedges' devices contained only publicly available information, his wife, Daniela Tejada, said in a statement.

The session was closed to the public because it concerned national security and court officials could not be reached immediately for comment.

The British Foreign Office did not immediately reply to a request for comment, but British authorities have said they raised Hedges' case with the UAE several times.

The UAE's attorney general has said Hedges was charged with spying for a foreign state, without naming it, and jeopardizing the military, economic and political security of the country.

"The UAE invests considerable time and money painting itself as a progressive and tolerant country, but Hedges' case shows the face of an autocratic government with a fundamental lack of respect for the rule of law," Human Rights Watch deputy Middle East director, Michael Page, said in a statement this week.

More than 120 academics from around the world issued a petition last week urging the UAE authorities to release him.

According to Durham University's website, Hedges is a doctoral student in the School of Government and International Affairs whose research interests include civil-military relations, political economy and tribalism.

Last year, he co-authored an article in an academic journal on the Muslim Brotherhood and the Gulf Cooperation Council, of which the UAE is a member.

The UAE is a tourism and trade hub for the Middle East, but tolerates little public criticism of its monarchy or policies and has been waging a war against the Islamist ideology of the Brotherhood.

(Except for the headline, this story has not been edited by NDTV staff and is published from a syndicated feed.)
Comments
UAE CourtBritish academicSpying case