US Woman In 1994 Said Black Man Kidnapped Her Sons. She Had Killed Them

Union County, South Carolina, US: Susan Smith's allegation about what had happened to 3-year-old Michael and 14-month-old Alexander was explosive: A black gunman had jumped into her burgundy Mazda while she waited at a stoplight, forced her out of the car and driven away with her sons. 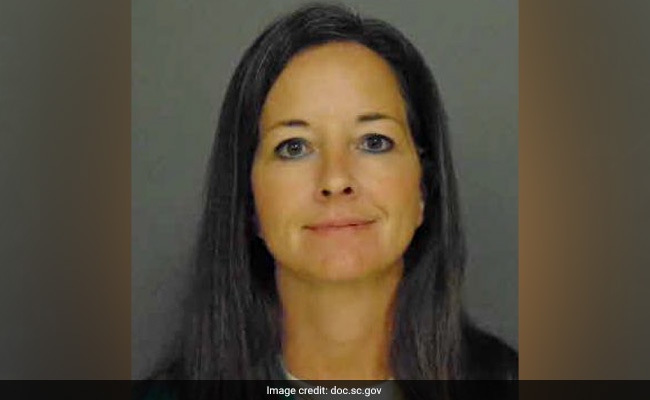 South Carolina, US: The tale Susan Smith wove about an anonymous black gunman made her case gripping

Her voice trembled on national television as she pleaded for someone to find her young sons.

"I can't even describe what I'm going through," Susan Smith said through sobs as she sat on a couch next to her then-husband. "I mean, my heart is, it just aches so bad. I can't sleep, I can't eat, I can't do anything but think about them."

Smith's allegation about what had happened to 3-year-old Michael and 14-month-old Alexander on Oct. 25, 1994, was explosive: A black gunman had jumped into her burgundy Mazda while she waited at a stoplight, made her drive several miles, forced her out of the car and driven away with her sons.

The truth about the boys' disappearance 25 years ago would come to light nine days later, when police pulled the car from John D. Long Lake in Union County, South Carolina, and found two small bodies in the back seat. Smith, 23, was charged with murder.

Stories of other mothers who murdered their children, from Diane Downs in 1983 to Christy Sheats in 2016, have captured the nation's attention for decades. Smith's crime was another opportunity to obsess over an unimaginable case of filicide.

The tale she wove about an anonymous black gunman made her case particularly gripping. Hundreds of people scoured rural South Carolina, police analyzed thousands of tips from across the country and students organized a prayer vigil, The Washington Post reported in 1994.

But investigators were immediately suspicious. They eventually discovered a letter from Smith's love interest - the son of her company's chief executive - saying he wanted to be with her, but didn't want a family.

Smith strapped her sons into their car seats in the back of her Mazda and drove around her small town, thinking about ending her life, police said at the time. She eventually admitted that she made her way to Long Lake and sent her car off a boat ramp with Michael and Alexander inside.

"Every part of her world was falling apart, and one thing led to another," an unidentified police source told The Post in 1994. "There doesn't seem to have been great plans aforethought in her actions. They just happened."

News that Smith had confessed to the crime angered the town's tightknit African American community, which found it suspicious that no one recognized Smith's description of the suspect. Locals compared Smith's case to that of Charles Stuart, a white man who in 1989 alleged a black man had fatally shot his pregnant wife. Stuart later killed himself when authorities indicted him for the crime.

Smith led a complicated life before the killings. She worked as a secretary at a plant that made decorative trims for textiles. A local resident told The Post that people saw her as friendly and outgoing. She enjoyed shopping and going to Friday-night football games at the local high school.

On the other hand, the county sheriff at the time said she came from a "troubled background." She lost her father to suicide when she was young, was molested by her stepfather and tried to end her own life as a teenager. Her marriage to David Smith later ended in divorce, and she worried that her $17,000-per-year income wasn't enough.

How could she do it? implored TIME.

Does she deserve to die? asked People Magazine.

Smith declined to testify at her trial, where Prosecutor Tommy Pope painted a picture of a selfish, manipulative actress who could make herself cry at will. He held photos of Michael and Alexander as he described for the jury what their deaths must have been like, The Post reported in 1995.

The jury convicted Smith of murder.

On July 29, 1995, The Post reported that Smith closed her eyes after a court clerk read the sentence: life in prison with the possibility of parole after 30 years. She had been spared the death penalty that prosecutors were seeking.

Smith's family members gasped with relief. Her former husband told reporters on the courthouse steps that his ex-wife had not received justice.

(Except for the headline, this story has not been edited by NDTV staff and is published from a syndicated feed.)
Comments
Susan SmithUnion County South Carolina USSouth Carolina US