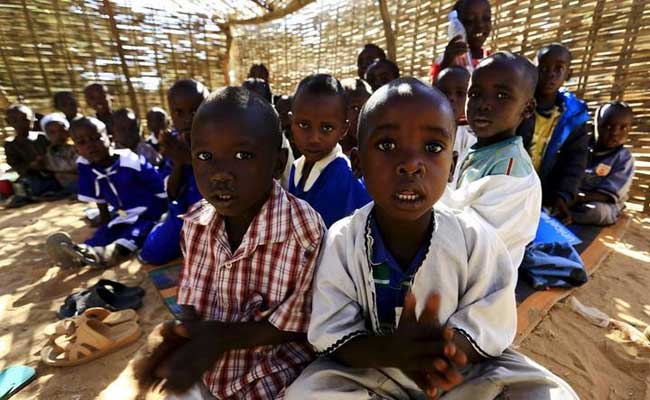 About 19,000 civilians have fled into North Darfur and up to 15,000 into Central Darfur, escaping fighting in the mountainous Jebel Marra region. (Reuters photo)

Khartoum: The United Nations urged Sudan on Wednesday to allow more aid into the western region of Darfur where fighting that broke out two weeks ago has displaced about 34,000 people.

About 19,000 civilians have fled into North Darfur and up to 15,000 into Central Darfur, escaping fighting in the mountainous Jebel Marra region that straddles three of Darfur's five states, it said.

"While it is encouraging that some humanitarian assistance is being provided, clearly much more is needed," Marta Ruedas, UN.

Resident and Humanitarian Coordinator in Sudan, said in a statement. "We are therefore advocating for safe and unfettered access to provide timely assistance to those in need."

The United Nations says up to 300,000 people have been killed in Darfur and more than 2.5 million displaced in more than a decade of fighting. Although the killings have ebbed since the war began in 2003, the insurgency continues and Khartoum has escalated attacks on rebel groups in the past year.

UNAMID, a joint UN-African Union peacekeeping mission to Darfur, said the latest fighting broke out when an unidentified group attacked the village of Mouli on January 9, displacing large numbers of residents to nearby El Geneina, where they held protests that led to the closure of local businesses and schools in the town.

The force has long faced accusations of failing to do enough to protect Darfur's civilians.

Sudan will hold a referendum in Darfur in April to decide whether or not the region should remain as five states or become one entity with a degree of autonomy.

The division of Darfur was one of the grievances that initially fuelled the war there. Fighting began when mainly non-Arab tribes took up arms against the Arab-led government in Khartoum, accusing it of discrimination.