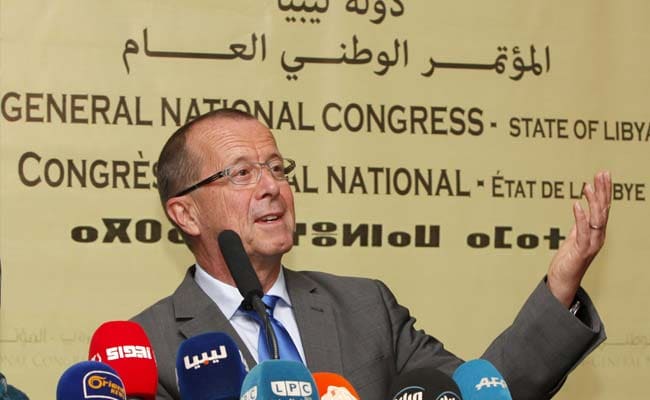 Algiers: Libya's warring factions are very close to a deal on forming a unity government and could sign a long-awaited accord in a month, the new UN envoy said.

Western governments are pushing for the UN-backed agreement as the only way to end the chaos in Libya, where two rival governments and their armed factions are struggling for control.

Moderates have supported the proposal hammered out in a year of talks, but hardliners in both camps have been demanding more conditions and concessions from the other side.

"We are very close to a deal even if some hurdles remain. I believe we can sign in a month. Talks have lasted for a year and it is time now to sign a deal," UN envoy Martin Kobler told Reuters by telephone late on Tuesday during talks in Algiers.

"The government of unity should be based in Tripoli."

Kobler said there was no talk of sanctions against those resisting the deal for the moment, but rather efforts to "encourage Libyans to go for a solution".

The UN proposal calls for an executive six-member presidential council that tries to represent Libya's traditional regional powerbases, along with the House of Representatives congress and a second advisory chamber State Council.

Four years after the revolt against Muammar Gaddafi, former rebel brigades have turned on each, vying for power and control over the Opec producer's oil reserves.

In the chaos, ISIS militants have also gained ground and control the city of Sirte.

Since last year, Tripoli has been controlled by Libya Dawn, an alliance of armed factions linked with the city of Misrata, and more Islamist-leaning armed groups who took over the capital and set up their own government and reinstated the old parliament.

The internationally-recognized government and elected parliament have since operated out of the east, backed by a coalition of other armed factions, including one led by General Khalifa Haftar, once an ally of Gaddafi's.
© Thomson Reuters 2015
Comments
LibyaUN envoyWestern governmentsUN envoy Martin KoblerTripoliUN proposalState CouncilMuammar GaddafiOPECOpec producer's oil reservesISISSirteGeneral Khalifa Haftar