"We have managed to get a preliminary agreement on a humanitarian corridor for women, children and elderly persons," Ukraine's Deputy Prime Minister said. 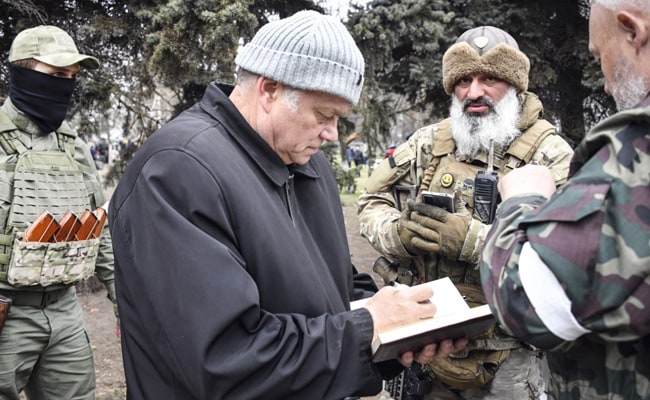 Ukraine said it had agreed with Russian forces to open a safe route Wednesday for civilians to flee the devastated port city of Mariupol.

"We have managed to get a preliminary agreement on a humanitarian corridor for women, children and elderly persons," Ukraine's Deputy Prime Minister Iryna Vereshchuk wrote on Telegram.

Vereshchuk told civilians to gather at 2:00 pm (1100 GMT) for the evacuations heading to the Ukrainian-held city of Zaporizhzhia.

But she warned that "with regard to the very difficult security situation, changes may occur during the corridor".

Evacuations from Ukraine's under-fire frontline areas had been suspended for the past three days as Kyiv said no agreement could be reached as Russia stepped up its attacks.

Coastal Mariupol is a key target of Russia's devastating attack on Ukraine and widespread shelling has laid waste to swathes of the city.

The Kremlin's forces are currently fighting fiercely to oust the remaining Ukrainian troops from their last holdout in the vast Azovstal iron and steel plant.

Moscow has issued a series of ultimatums to Ukrainian forces in Mariupol to lay down their arms and surrender.

Ukraine says that around 300,000 people have managed to escape the fighting across the country through humanitarian corridors opened since the start of the Russian invasion on February 24.