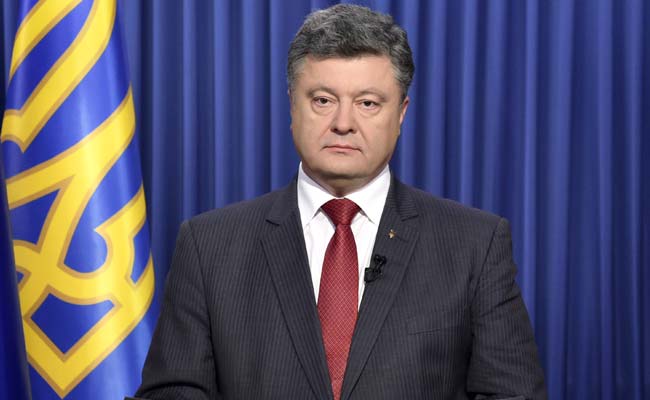 After a week in which Kiev said several unmarked armoured convoys of troops crossed the Russian border to reinforce rebels in the east, Poroshenko toughened his rhetoric, telling the German daily Bild: "I am not afraid of a war with Russian troops."

"We are prepared for a scenario of total war... We don't want war, we want peace and we are fighting for European values. But Russia does not respect any agreement," he said in an interview to be published Monday.

He said Kiev was now better prepared to face a rumoured rebel offensive.

"Our army is now in a better state than it was five months ago and we are being supported by the entire world," he told the paper.

"More than anything we want peace, but we must at the moment face up to the worst-case scenario."

Seven months of fighting in eastern Ukraine has claimed the lives of more than 4,100 people, according to UN figures.

The latest clashes come amid a nominal ceasefire that has halted fighting along much of the frontline but not stopped regular artillery bombardments at strategic hotspots.

But with an apparent growing military build-up, the UN said it feared "a return to total war".

Promoted
Listen to the latest songs, only on JioSaavn.com
On a visit to Bratislava Sunday, Poroshenko told reporters the conflict would "end within two weeks" if the peace plan signed in Minsk in September was implemented.