Russia-Ukraine Crisis: The long queues waiting for food were seen outside supermarkets in Chernihiv and Kyiv in satellite images of Ukraine. New satellite images on the war in Ukraine show long lines of people waiting for essentials outside shops, burning buildings and long convoys of military vehicles. The long queues waiting for food were seen outside supermarkets in Chernihiv and Kyiv. People trying to leave Ukraine at multiple border crossing points and into neighbouring countries including Hungary, Slovakia and Romania are also seen. 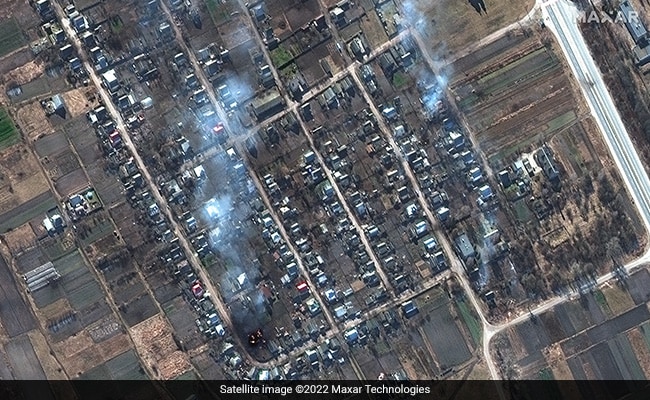 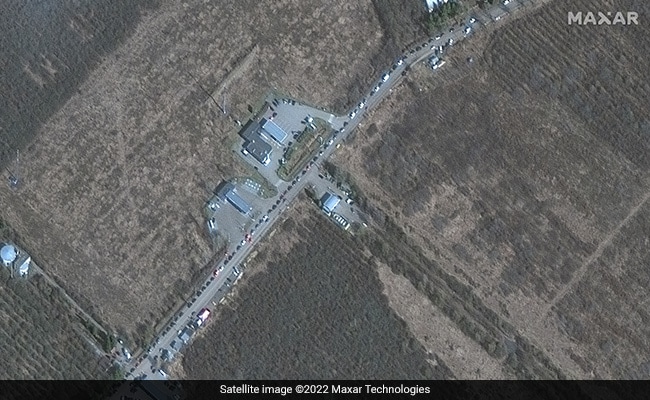 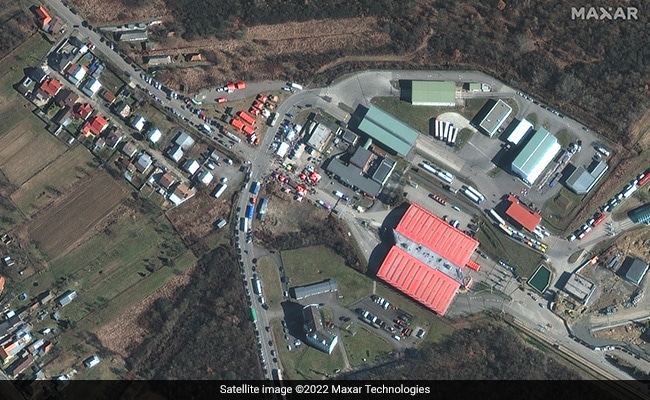 "The (Russian) occupiers are in all parts of the city and are very dangerous," Gennady Lakhuta, head of the regional administration, wrote on messaging service Telegram.

The mayor of the port city of 2.9 lakh people, Igor Kolykhaiev, announced discussions with "armed guests" in Kherson's city administration. "We had no weapons and were not aggressive. We showed that we are working to secure the city and are trying to deal with the consequences of the invasion," he wrote in a Facebook post.

"We are having huge difficulties with the collection and burial of the dead, the delivery of food and medicine, the collection of garbage, the management of accidents, etc.," he continued. Mr Kolykhaiev said that he had "made no promises" to the invading forces but asked them "not to shoot people", while also announcing a night curfew in the city and a restriction on car traffic.

Russian forces have also bombarded Ukraine's second-biggest city Kharkiv, in an attack that has prompted comparisons to the massacres of civilians in Sarajevo in the 1990s.

After days of intense fighting, hundreds of civilians have been killed, while around one million people have fled Ukraine since the invasion began, triggering punishing Western sanctions intended to cripple Russia's economy.