UK Minister Warns Of "A Messy Divorce" From European Union

"At the moment we are heading for no deal by accident", said Jeremy Hunt after meeting his Austrian counterpart Karin Kneissl 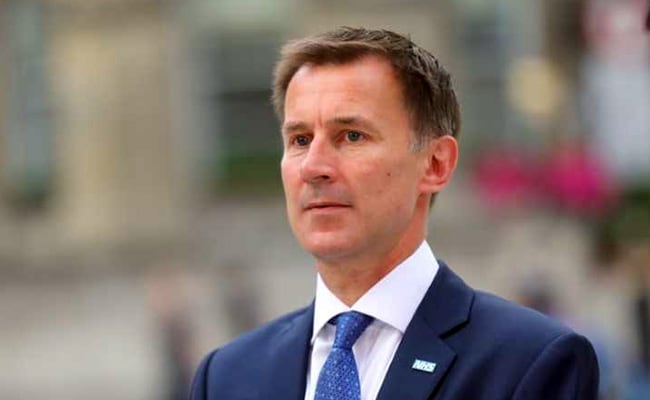 UK Foreign Minister Jeremy Hunt warned today of the danger of the UK undergoing a "messy divorce" from the EU, referring to the prospect of a "no deal" exit.

Speaking to reporters after meeting his Austrian counterpart Karin Kneissl, Hunt said: "At the moment we are heading for no deal by accident".

Such an outcome would "have a profound impact on the relations between Britain and EU countries for a generation", Hunt added, calling it a "huge geo-strategic mistake".

His visit to Austria, which currently holds the EU's rotating presidency, follows a trip to France on Tuesday and is seen as part of a UK effort to appeal to EU governments directly to go over the heads of the bloc's institutions in Brussels.

However, Kneissl stressed that according to the Brexit guidelines adopted by the EU, "it is very clear the (European) Commission is negotiating".

Despite splits between EU member states on other issues such as migration, Kneissl said that "from our observation there is a high degree of cohesion" over how to proceed in talks with the UK.

While acknowledging that negotiating with the commission was "the correct and legal thing to do", Hunt added that "in the end the outcome of those negotiations are a choice for European countries from whom the Commission gets its mandate".

Asked whether there was any possibility of an extension to the UK's exit date of March 29 next year, or even to the exit talks due to be concluded by October, Hunt said he thought this was "highly unlikely".

"I think people would worry if there was any delay in the exit date that it was some kind of project to avoid leaving the EU," he said.

On Friday, Prime Minister Theresa May is due to meet French President Emmanuel Macron at his summer retreat in Bregancon for a working meeting and private dinner.

Promoted
Listen to the latest songs, only on JioSaavn.com
Comments
Jeremy HuntNo DealBrexit