Putin Would Be The Only Person Rejoicing In No Deal Brexit : UK Minister

Russian aggression made it crucial to maintain close diplomatic, defence and trade relations between Britain and the EU after the split. 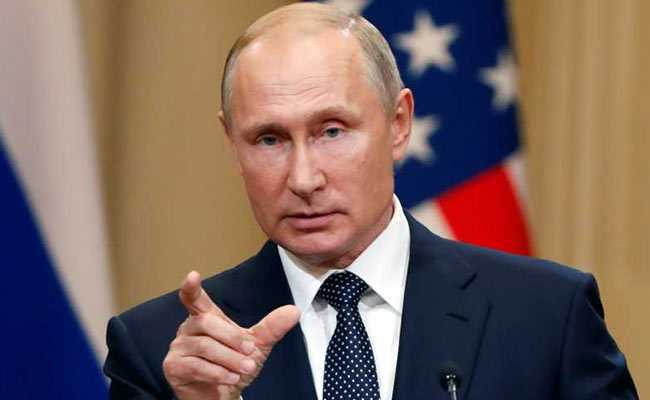 The only person rejoicing will be Vladimir Putin, Jeremy Hunter said. (File)

Russia's President Vladimir Putin would be the only winner in the event of Britain crashing out of the European Union next March without a withdrawal agreement, Britain's foreign minister said Tuesday.

Jeremy Hunt said Russian aggression made it crucial to maintain close diplomatic, defence and trade relations between Britain and the EU after the split.

"Frankly, if we end up with no deal, the only person rejoicing will be Vladimir Putin," he told France Inter radio on a trip to Paris, charging that Russia wants nothing more than to see the West divided.

"We have to recognise that this is a very unstable period in world history and we need to be working together," Hunt added.

"There's Crimea, there's also the fact that we had chemical weapons used on the streets of England -- something that we believe was authorised by the Russian government," he said of the nerve agent attack on a former double agent which left a woman dead.

Hunt is on his first major international trip since his predecessor Boris Johnson resigned over Brexit earlier this month.

He started the tour in China on Monday and was set to head on from Paris to Vienna as British Prime Minister Theresa May despatches ministers to EU countries in a bid to drum up one-on-one support.

Hunt said a no-deal Brexit was "the last thing we want", adding that May's chosen strategy, including pursuing a UK-EU free trade area, was to push for continued close ties.

(Except for the headline, this story has not been edited by NDTV staff and is published from a syndicated feed.)
Comments
Vladimir PutinJeremy HuntBrexit