Shamima Begum and her two friends stirred controversy by fleeing to the terror network in 2015. 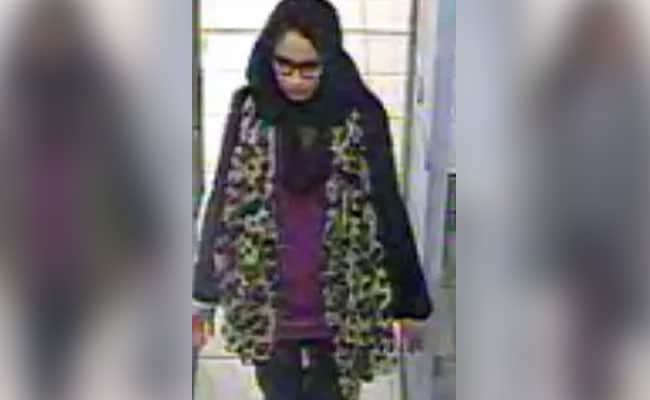 Shamima Begum was one of three British schoolgirls who ran away from their homes in UK.

A runaway teenager who has divided British opinion after joining ISIS in Syria but now wants to return home, has given birth, her family said on Sunday.

Shamima Begum, whose fate has prompted British soul-searching since she and two friends stirred controversy by fleeing to the terror network in 2015, gave birth to a boy, according to family lawyer Mohammed Akunjee.

"We, the family of Shamima Begum, have been informed that Shamima has given birth to her child," a statement he released on Twitter said.

"We understand that both she and the baby are in good health.

"As yet we have not had direct contact with Shamima, we are hoping to establish communications with her soon so that we can verify the above."

Akunjee told AFP the family had learned about the birth from a translator in an eastern Syria refugee camp where Begum is currently staying.

Begum had previously given birth to two other children, but both died during her time in Syria, she told The Times earlier this week.

Her case has highlighted the challenge for Western governments of dealing with returning terrorist supporters, after she told the newspaper that she wanted to raise her new baby in Britain.

The 19-year-old has expressed no regrets about joining the group and leading politicians, including interior minister Sajid Javid, have said they will try to stop her return.

Akunjee said Sunday Javid was "misunderstanding the law" and that Britain had a responsibility towards Begum and her newborn child.

"A parent has responsibility and so does Britain," he added.

The fresh focus on the case came as Britain's government appeared divided on how to respond to demands from US President Donald Trump that European nations take back hundreds of ISIS terrorists captured in Syria.

Trump said late Saturday that the United States was asking Britain and other European allies "to take back over 800 ISIS fighters that we captured in Syria and put them on trial."

The demand came as he prepared to declare the end of the group's so-called "caliphate", with US-led Arab and Kurdish forces close to capturing its last territorial holdout in Syria, ahead of a pull-out of American troops.

The prospect has increased concerns about terrorists and foreign fighters escaping and forming new cells in Syria or beyond, with US allies grappling for weeks with how to respond.

Britain's Culture Secretary Jeremy Wright, a former attorney general -- the country's chief legal adviser -- told the BBC Sunday that it was "obliged, at some stage at least, to take them back".

Noting it was "a matter of international law and domestic law", he said: "It doesn't mean either that we can't seek to hold them to account for their behaviour thus far."

However, writing in The Sunday Times -- under the headline "if you run away to join ISIS, I will use all my power to stop you coming back" -- Javid insisted the government should strip "dangerous individuals of their British citizenship".

He noted Britain had already exercised this power more than 100 times.

"In considering what actions need to be taken now, I have to think about the safety and security of children living in our country," he wrote.