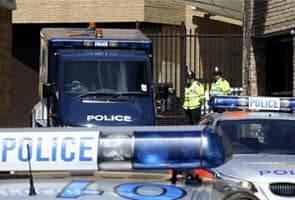 London: A man accused of killing British soldier Lee Rigby has made his first appearance in court.

The 28-year-old, who was shot by police during the May 22 incident, appeared in court Monday with his left arm heavily bandaged.

He had been hospitalized for more than a week.

During the hearing, Adebolajo kissed the Quran and raised his arm into the air. He also blew a kiss to a man in the gallery.

Promoted
Listen to the latest songs, only on JioSaavn.com
His suspected accomplice, Michael Adebowale, made a separate court appearance Monday.

Both men were injured and placed under armed guard in hospital after the attack on Rigby, an off-duty soldier who was killed while walking back to his military barracks in southeast London.