Having arrested key suspects linked to the Manchester Arena attack, Theresa May announced that Britain's security threat level will be lowered from "critical" to "severe". 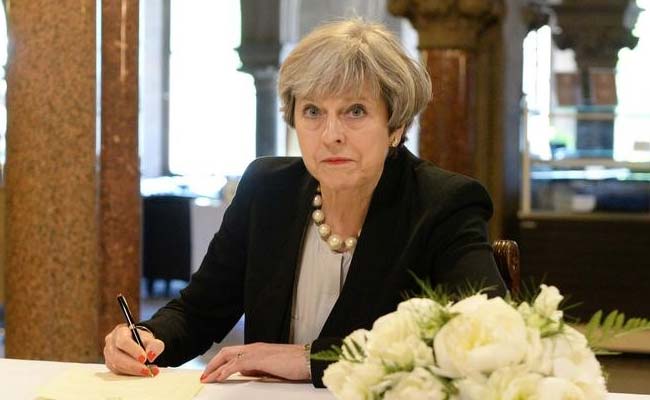 Despite reducing the threat level, Theresa May warned the public to remain vigilant. (File photo)

Earlier, police hunting a suspected network behind Salman Abedi, the bomber who killed 22 people on Monday night, said they had made two further arrests overnight as they closed in on other possible cell members.

May said this meant that the independent body which sets the threat level had decided it should be lowered from its highest rating "critical", which means an attack could be imminent, to "severe".

As a result, soldiers who have been assisting police, would be withdrawn from Britain's streets from midnight on Monday.

"A significant amount of police activity has taken place over the last 24 hours and there are now 11 suspects in custody," May said.

"The public should be clear about what this means. A threat level of severe means an attack is highly likely. The country should remain vigilant."

The threat assessment has now been returned to the level it was at prior to the Manchester attack.

Officers said they had used a controlled explosion to gain entry to an address in the north of the city where two men were detained on Saturday.

Some hours later, police cordoned off a large area in the Moss Side area of south Manchester and houses were evacuated with a bomb disposal unit sent to the scene.

A man working in a local shop, who declined to be named, told Reuters he saw three men being taken away from the address.

"As part of an ongoing search at a property in Moss Side an evacuation is currently being carried in the area," police said in a statement.

On Friday, Britain's most senior counter-terrorism officer said police were confident that they had made "immense" progress and had apprehended a "large part of the network".

However, extra armed officers will be on duty across the country with security stepped up at some 1,300 events over the long holiday weekend.

The Times newspaper reported on Saturday that intelligence officers had identified 23,000 jihahist extremists living in Britain.

Earlier this week a source with knowledge of the matter told Reuters the security services were managing 500 active operations involving some 3,000 people who were thought to pose a threat.

However, Assistant Commissioner Mark Rowley, the UK police chief for counter-terrorism, advised people to be vigilant but to "go out as you planned and enjoy yourselves".

There are a number of high-profile events over the weekend including soccer cup finals in London and Glasgow, and the Great Manchester Run.

While police and politicians have praised communities in Manchester for their reaction to the bombing, Greater Manchester Police Chief Constable said there had been a rise in reported hate crimes, from an average of 28 to 56 incidents on Wednesday.

"We can't directly link these to the events of Monday night and are continuing to monitor the situation," he said.

Political campaigning for the June 8 national election which was suspended after the Manchester attack resumed on Friday with the bombing becoming a central feature.

The opposition Labour Party, emboldened by a rise in opinion polls, argued that Britain's foreign policy had increased the risk of attacks and criticised Conservative Prime Minister Theresa May for cutting spending on policing.

May said Labour leader Jeremy Corbyn was saying Britain was to blame for the bombing.

"I want to make one thing very clear to Jeremy Corbyn and to you, and it is that there can never, ever be an excuse for terrorism," she said at a summit of Group of Seven leaders in Sicily.

A poll on Thursday put May's Conservatives five points ahead of Labour suggesting a far tighter race than previously anticipated.

Promoted
Listen to the latest songs, only on JioSaavn.com
(Additional reporting by Phil Noble in Manchester; Editing by Toby Chopra)
© Thomson Reuters 2017