UK Says It Will Send 6,000 Missiles To Ukraine To Fight Against Russia

The announcement of the funding and additional military hardware comes on the eve of NATO and G7 summits set to discuss the Russian invasion. 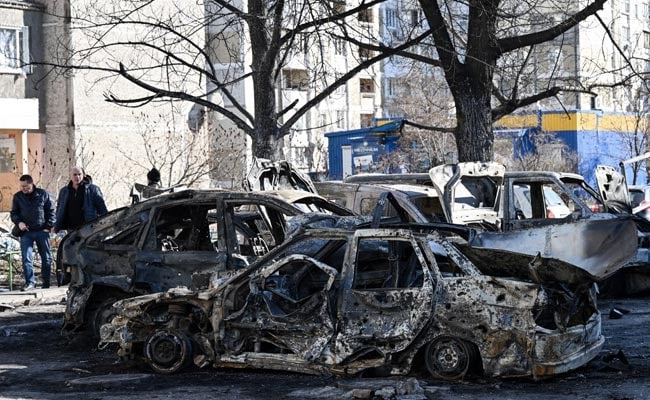 Thursday's NATO summit in Brussels is expected to announce new sanctions on Russia.

The announcement of the funding and additional military hardware, consisting of anti-tank and high explosive weapons, comes on the eve of NATO and G7 summits set to discuss the Russian invasion.

The British leader will urge Western allies to "step up a gear" in their responses to Moscow's actions, including by providing "enhanced defensive support to Ukraine and doubling down on economic sanctions", according to his office.

He will detail London's intention to work with partners to bolster Ukraine's defence capabilities, including longer-range targeting and intelligence, Downing Street added.

"We cannot and will not stand by while Russia grinds Ukraine's towns and cities into dust," Johnson said in a statement unveiling the new support package for Kyiv.

"The United Kingdom will work with our allies to step up military and economic support to Ukraine, strengthening their defences as they turn the tide in this fight."

Johnson added the international community faced a choice of keeping "the flame of freedom alive in Ukraine" or risking it "being snuffed out across Europe and the world".

The hardware has been credited as playing a key part in helping Ukraine stall Russia's invasion.

Britain has previously committed £400 million in humanitarian and economic aid for the crisis in Ukraine.

The new £25 million funding will help pay the salaries of Ukrainian soldiers, pilots and police and ensure the country's armed forces are well equipped with high-quality equipment, Downing Street said.

In addition to the new military kit and funding, Britain will also provide an additional £4.1 million for the BBC World Service as part of a cross-government effort to tackle disinformation in Russia and Ukraine, it added.