Lauri Love, who has Asperger's syndrome, is accused of involvement in a series of hacks in 2012 and 2013 into computers at agencies including the Federal Bureau of Investigation, the US army, the Missile Defense Agency and the Federal Reserve. 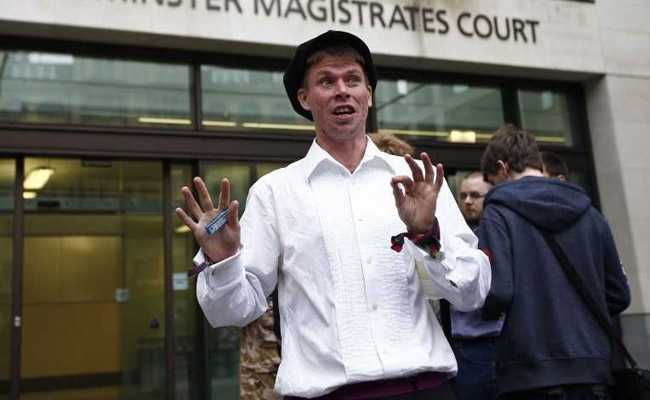 London: A British man with autism accused of hacking into US government agencies won his appeal against extradition to the United States on Monday but was told he should be prosecuted in Britain instead.

Lauri Love, who has Asperger's syndrome, is accused of involvement in a series of hacks in 2012 and 2013 into computers at agencies including the Federal Bureau of Investigation, the US army, the Missile Defense Agency and the Federal Reserve.

Charged with multiple offences in three US indictments, he had been facing a life prison sentence in the United States if found guilty, a fate which he has said could lead him to taking his own life.

"Very happy, relieved, very thankful for the High Court, for the judges," a beaming Love, surrounded by cheering supporters, told waiting reporters outside the courthouse after his appeal was upheld.

A lower court in London had approved his extradition in 2016.

Love has been diagnosed with clinical depression and suffers from stress-aggravated eczema, conditions which he manages with a complex medication regime and support from his parents.

"We come to the conclusion that Mr Love's extradition would be oppressive by reason of his physical and mental condition," two High Court judges wrote in their ruling on his appeal.

Love's lawyers had argued that he was not seeking to avoid justice, and was prepared to stand trial in Britain. The judges indicated that was what should now happen.

"The CPS (Crown Prosecution Service) must now bend its endeavours to his prosecution, with the assistance to be expected from the authorities in the United States, recognising the gravity of the allegations in this case," they wrote.

US authorities say Love was connected to Anonymous, an international group of hackers, and that his actions had caused millions of dollars' worth of damage.

His legal case sets a precedent that could be relevant to future extradition cases, because it is the first successful use of a legal provision called the "forum bar" which allows British judges to block extradition if it is not in the interests of justice.

"The reason I've gone through this ordeal is not just to save myself from being kidnapped and locked up for 99 years in a country I've never visited, but it's to set a precedent whereby this will not happen to other people in the future," Love said outside court.

"We're hopeful that other people may be able to rely on this verdict to ensure that they're treated more humanely by the justice system."

The lower court had ruled that the forum bar did not apply in Love's case, but the High Court judges said that it did.

"We emphasise however that it would not be oppressive to prosecute Mr Love in England for the offences alleged against him," they wrote.

"If the forum bar is to operate as intended, where it prevents extradition, the other side of the coin is that prosecution in this country rather than impunity should then follow."

The forum bar was introduced in 2013 after the extradition to the United States of Scottish hacker Gary McKinnon was blocked by Theresa May, in her former role as home secretary, or interior minister. She is now prime minister.

McKinnon, who also had Asperger's, said he broke into US state computers while on a "moral crusade" to find classified documents about UFOs. May said he was seriously ill and extradition would violate his human rights.

Love's law firm, Kaim Todner, said in a statement his case was a legal landmark not only because of the successful use of the forum bar but also because the ruling recognised that mental health provisions in US prisons were not adequate to keep Love safe.
© Thomson Reuters 2018
Comments
Lauri loveautistic man accused of hacking