"We are not currently considering doing that," Matt Hancock told BBC TV, when asked if Britain would impose masks at work places as in France. 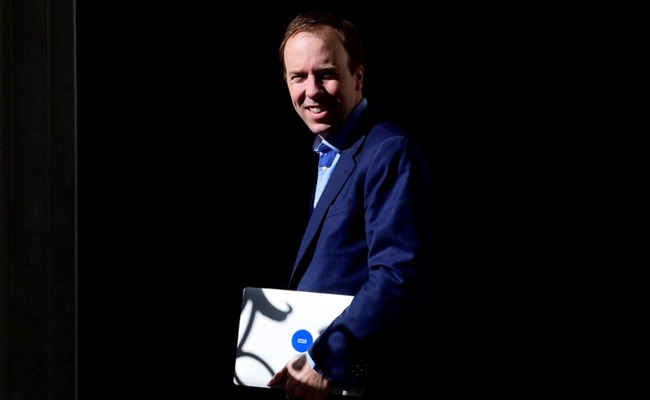 Britain's Secretary of State of Health Matt Hancock arrives in Downing Street; May 2, 2020

Britain is unlikely to follow France in ordering people to wear face coverings at work because its test and trace scheme shows most people catch COVID-19 in house-to-house transmission, health secretary Matt Hancock said on Wednesday.

"We are not currently considering doing that," he told BBC TV, when asked if Britain would impose masks at work places as in France.

"The reason is that the evidence from NHS Test and Trace for where people catch the disease is that, very largely, they catch it from one household meeting another household, usually in one of their homes," he said.

"The amount of people who have caught it in work places is relatively low we think from the evidence that we have got."