Uber filed the confidential paperwork on Thursday, one of the sources said, in lock-step with its smaller U.S. rival, Lyft Inc, which also announced on Thursday it had filed for an IPO.

Uber Technologies Inc has filed paperwork for an initial public offering, according to three people with knowledge of the matter, taking a step closer to a key milestone for one of the most closely watched and controversial companies in Silicon Valley.

The ride-hailing company filed the confidential paperwork on Thursday, one of the sources said, in lock-step with its smaller U.S. rival, Lyft Inc, which also announced on Thursday it had filed for an IPO.

The simultaneous filings extend the protracted battle between Uber and Lyft, which as fierce rivals have often rolled out identical services and matched each other's prices. Uber is eager to beat Lyft to Wall Street, according to sources familiar with the matter, a sign of the company's entrenched competitiveness.

Its filing sets the stage for one of the biggest technology listings ever. Uber's valuation in its most recent private financing was $76 billion, and it could be worth $120 billion in an IPO. Its listing next year would be the largest in what is expected to be a string of public debuts by highly valued Silicon Valley companies, including apartment-renting company Airbnb Inc and workplace messaging firm Slack. Ongoing market volatility, however, could alter companies' plans. 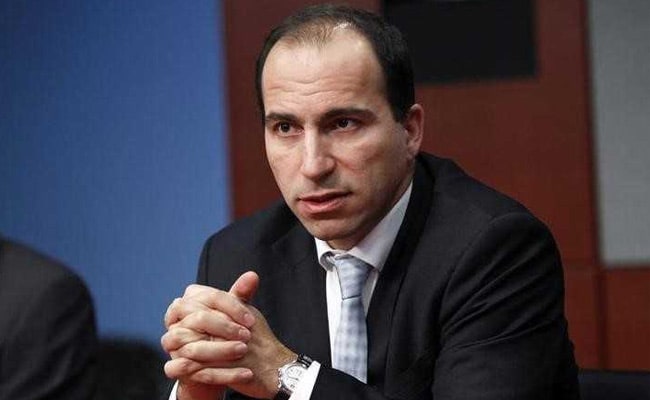 Dara Khosrowshahi and his leadership team have worked to reset the workplace culture and clean up the messes, including settlements with U.S. states over the data breach and with Alphabet's self-driving car unit, Waymo, which had accused Uber of trade secrets theft (File Photo)

The IPO will be a test of public market investor tolerance for Uber's legal and workplace controversies, which embroiled the company for most of last year, and on Chief Executive Dara Khosrowshahi's progress in turning around the company.

Khosrowshahi took over just over than a year ago, and has repeatedly stated publicly he would take Uber public in 2019. In August, he hired the company's first chief financial officer in more than three years.

Together, Uber and Lyft will test public market investor appetitive for the ride-hailing business, which emerged less than a decade ago and has proven wildly popular, but also unprofitable.

Uber in the third quarter lost $1.07 billion and is struggling with slowing growth, although its gross bookings, at $12.7 billion, reflect the company's enormous scale. Its revenue for the quarter was $2.95 billion, a 5 percent boost from the previous quarter. Its bookings grew just six percent for the quarter.

Uber has raised about $18 billion from an array of investors since 2010, and it now faces a deadline to go public.

An investment by SoftBank that closed in January, which gave the Japanese investor a 15 percent stake in Uber, included a provision that requires Uber to file for an IPO by Sept. 30 of next year or the company risks allowing restrictions on shareholder stock transfers to expire.

Becoming a public company will bring a heightened level of investor scrutiny and exposure to Uber, which suffered a string of scandals when the company was led by co-founder and former CEO Travis Kalanick, who resigned last year. 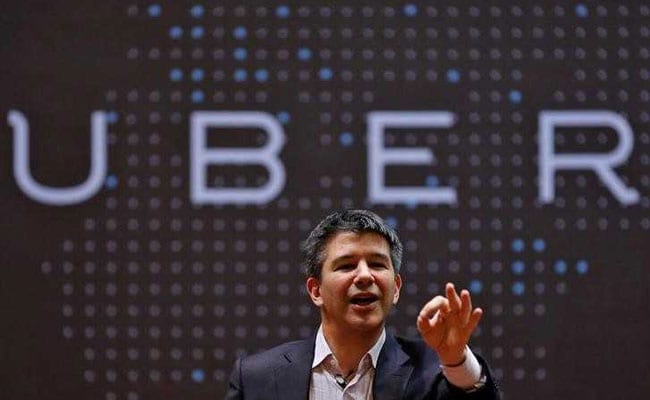 Uber suffered a string of scandals when the company was led by co-founder and former CEO Travis Kalanick, who resigned last year (File Photo)

The controversies included allegations of sexual harassment, obtaining the medical records of a woman raped by an Uber driver in India, a massive data breach, and federal investigations into issues including possibly paying bribes to officials and illicit software to evade regulators.

Khosrowshahi and his leadership team have worked to reset the workplace culture and clean up the messes, including settlements with U.S. states over the data breach and with Alphabet's self-driving car unit, Waymo, which had sued Uber for trade-secrets theft.

Uber today is a different company than the vision its founders pitched to early investors, which helped it become the most highly valued venture-backed company in the United States.

After concessions in China, Russia and Southeast Asia, where Uber sold its business to a local competitor, and the prospect of another merger in the Middle East, Uber is far from being the dominant global ride-hailing service it set out to be.

Still, Uber operates in more than 70 countries, while Lyft is in the U.S. and Canada, although the smaller company is plotting a global expansion.

Uber has also added a number of other businesses, which are growing but have yet to show sustainable profits, in a bid to become a one-stop mobility app. Those include freight hauling, food delivery and electric bike and scooter rentals. Meanwhile, its self-driving car unit is costing the company about $200 million a quarter, according to investors, but Uber's program has retrenched since one of its autonomous cars killed a pedestrian in March.

(Except for the headline, this story has not been edited by NDTV staff and is published from a syndicated feed.)
Comments
UberIPOUber Technologies Inc