In early December 2014, an Uber driver took a woman to an isolated area and raped her, a Delhi court found. Shiv Kumar Yadav, the Uber driver, was convicted in October 2015 for rape and kidnapping. The case became a focal point for the debate over the safety of a new class of services provided by the San Francisco company. In late 2014, ride-hailing apps were temporarily banned in Delhi. 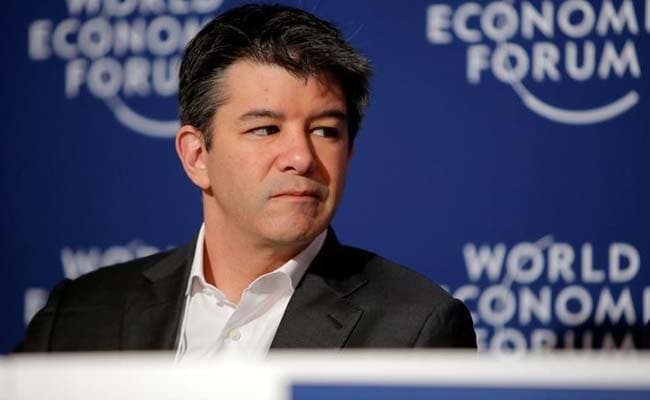 Travis Kalanick expressed his doubts about whether Delhi woman was gang-raped by Uber driver in 2014.

Uber Technologies Inc. Chief Executive Officer Travis Kalanick and his deputy Emil Michael over the years entertained a peculiar theory: They suggested to colleagues that their Indian competitor may have framed Uber for a headline-grabbing rape in India, according to people familiar with the matter.

In early December 2014, an Uber driver took a woman to an isolated area and raped her, a Delhi court found. Shiv Kumar Yadav, the Uber driver, was convicted in October 2015 for rape and kidnapping. The case became a focal point for the debate over the safety of a new class of services provided by the San Francisco company. In late 2014, ride-hailing apps were temporarily banned in Delhi.

Kalanick and Michael discussed the case periodically at the time. One of Michael's top deputies, Eric Alexander, told several people about going to great lengths to investigate it. He had obtained a copy of the rape victim's medical examination, said four people, who asked not to be identified because of the sensitive nature of the topic. Alexander, who oversaw the company's expansion throughout Asia, often carried the document around with him, the people said.

Alexander, Kalanick and Michael discussed the possibility that Indian rival Ola may have helped orchestrate an anti-Uber scandal, according to people with knowledge of the conversations. After the driver was convicted, Kalanick continued to express doubts to friends and colleagues about whether the woman had been raped, according to two people, including Gabi Holzwarth, an ex-girlfriend who responded to questions from Bloomberg. A person close to Kalanick said he assumed the victim's story was true from the start and that he never believed the Ola conspiracy theory.

Following Bloomberg's questions Tuesday, Uber said Alexander, who was until recently the president of business in Asia Pacific, no longer worked for the company, declining to comment further. Alexander declined to comment, as did Kalanick and Michael through a spokesman. Ola didn't have an immediate comment. Recode reported Alexander's departure and his possession of the medical records earlier Wednesday.

Current and former employees said they expressed serious concerns about how Alexander obtained and touted the report, which detailed the results of an invasive medical examination. Alexander got the case file from Uber's law firm, two of the people said. Alexander thought he needed it to assess the civil suit against Uber, one person said. He told coworkers that the report showed a lack of physical harm to the victim, thereby undermining the rape allegations, the people said. Alexander cooperated with police and testified as a witness for the prosecution in the case.

Bloomberg hasn't seen a copy of the medical report. Rape can occur in cases where there is no evidence of physical harm.

Uber is in the midst of responding to two probes the company commissioned into workplace violations after allegations of harassment, discrimination and potential criminal activity. The company said on Tuesday it fired more than 20 people for human-resources violations, and more actions are expected in the next week. Uber's treatment of the India incident illustrates the challenge facing investigators and the board in dissecting one of the fastest-expanding corporate enterprises, whose operations now include more than 12,000 employees and over 500 cities worldwide. It also shows executives were willing to go to extremes in their attempts to protect the business.

An investigation led by former U.S. Attorney General Eric Holder reviewed an array of issues, including the use of a software tool to deceive government officials and an encounter at a Seoul karaoke bar in 2014, people familiar with the matter said. Alexander, Kalanick and Michael were among the Uber employees at the South Korean bar, where patrons could summon women wearing numbered tags to their tables, according to Holzwarth, the ex-girlfriend who said she was there. Holzwarth discussed the event with Uber's investigators after Michael, Uber's senior vice president of business, attempted to silence her, she said. The Information, a technology website that first reported the event, said a female marketing manager who was there in Seoul had previously raised the issue with HR.

The India case came up in several discussions with current and former employees as part of Holder's probe, people familiar with the matter said. In those meetings, some people expressed misgivings about Alexander's cavalier attitude toward sharing the private information of an alleged rape victim. Holzwarth said she discussed the matter with investigators. The expansive workplace report concluded last week, a month behind schedule, when Holder's team presented its findings to a three-person subcommittee of Uber's board of directors. The company is expected to release a summary publicly next week.

Promoted
Listen to the latest songs, only on JioSaavn.com
After the India driver's conviction in 2015, the head of Uber's India business, Amit Jain, said in a statement: "Sexual assault is a terrible crime, and we're pleased he has now been brought to justice." The company settled with the woman for at least $3 million, said two people familiar with the matter. Uber soon began conducting background checks on drivers in the country and created an SOS button for passengers to report emergencies to local authorities.