On Sept. 22, 2015, Linda Thomas walked into the offices of a local newspaper in Freeland, a small town on Washington's Whidbey Island. 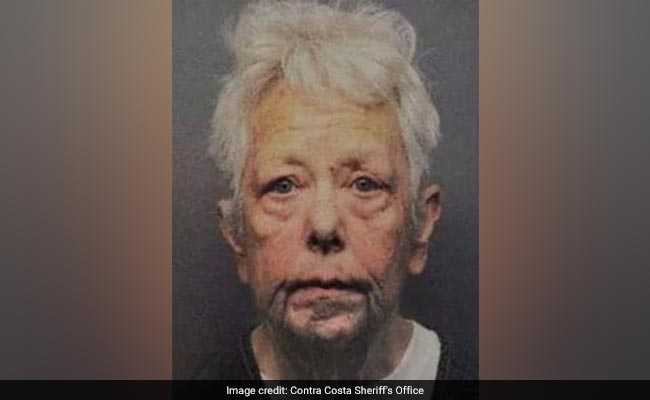 Linda Thomas has been convicted of first degree murder

She had already picked the photograph and words. They were how she wished to be remembered.

On Sept. 22, 2015, Linda Thomas walked into the offices of a local newspaper in Freeland, a small town on Washington's Whidbey Island. The 71-year-old asked to prepay for her own obituary. The picture was of a bespeckled elderly woman cradling a small dog in a flower garden. The text mentioned family members and asked for no flowers or service, just donations to a local food bank or animal shelter. Thomas left the date of her death blank.

But she actually had a good idea when she would go, police would later say.

"I just thought, 'Good for her, she's getting her affairs in order,'" a paper employee told KOMO News. "Now knowing what affairs she was getting in order, that's kind of surprising."

The next month Linda sold the house on the island where she had lived with her deceased husband Richard for many years. On the day the papers were signed, she caught a ride south with friends. Eight hundred miles later, on Oct. 16, Thomas knocked at a house in Rodeo on San Francisco's East Bay. Inside, Zonna Thomas had not seen or talked to her older sister in years. There was bad blood.

But the 69-year-old and her husband Donald invited Linda inside. This was the day, it appeared, they would be reunited.

A little over 24 hours later, Linda shot and killed Zonna in the kitchen, a crime police describe as a premeditated murder-suicide driven by sibling rivalry. This week, a jury in Contra Costa convicted Linda of first-degree murder, the East Bay Times reported.

The strange trial hung on the bitter feelings souring the sibling bond - a relationship stranger still because the sisters, Linda and Zonna, married a pair of brothers, Richard and Donald Thomas.

"[Linda] saw her sister as the golden child who got everything, even her parent's attention," prosecutor Rachel Piersig told the jury. "The motive in this case goes back to old times, to biblical times. Cain and Abel."

Linda's own grudge against her sister turned murderous due to a disagreement about a $1 million inheritance, prosecutors said. She felt she had not gotten her fair share of the money left when the parents of Richard and Donald died.

"She was a very disturbed person who for years sent letters threatening family," the victim's son, Tim Thomas, told the Whidbey News-Times. "And then followed up on the threats."

According to the South Whidbey Record, Donald told investigators after the sisters reunited, the three spent a "pleasant" day together. In the evening, they all had dinner with family friends, then returned to Zonna and Donald's house. Donald went to bed while the sisters stayed up to talk.

Then around midnight, Donald heard a gunshot.

Running into the kitchen, Donald later testified in court he saw his wife Zonna sprawled on the floor, blood coming from a wound in her head. Linda was holding a .38 Special Ladysmith revolver. She aimed at Donald.

He then charged her. The two fought over the gun for 15 minutes. During the struggle, Donald was able to call 911.

"My wife's been shot by my sister-in-law," a desperate Donald told the operators as he grappled for the gun, according to testimony reported by the East Bay Times. "Why, Linda? Why?" he kept screaming during the fight.

Linda was arrested on a charge of killing her sister.

Back on Whidbey Island in Washington, the news shocked locals. Until Richard's death in 2014, he and Linda had been known in the community for growing pumpkins and allowing local kids to pick them in October. They also made their own cider, passing out the homemade brew to friends free, the South Whidbey Record reported.

And as Linda was officially charged in November 2015 with first-degree murder in her sister's death, her public defender argued it was the end of that bucolic existence on the island that prompted Linda to plot to take her own life.

"Tragically, it does seem that she suffered from depression after her husband of many years died, and reached a point where her own life without her husband did not seem worth living," attorney Wayne Anderson told the Record. "What occurred afterward was a result of that depression and a tragic accident."

In court, Linda's attorneys argued she had made the trip to California to take her own life. They said the visit was a final effort to mend the family fences before committing suicide. Her lawyers argued Linda was attempting to shoot herself with the revolver but, due to shaky hands, she accidentally gunned down Zonna. "Linda was absolutely devastated by what she'd done," her attorney Laurie Mont told the jury.

But Zonna's family had a different impression of Linda. She was a lifelong bully and control freak, Tim Thomas told the Record. "She is manipulative and dishonest," he added.

Police also found evidence at the crime scene that Linda intended to take more lives than her own.

At the trial, prosecutors described how police found a "murder kit" she had brought from Washington. Inside were duct tape, zip ties, a syringe, painkillers, and ammunition. When she was arrested, police discovered she was wearing homemade dog tags, laminated notes strung around her neck. One was a copy of her driver's license. The other was a card with instructions to cremate her body after her death "if I'm found dead at my sister's house, Zonna Thomas."

On Monday, a jury found Linda guilty of murder, attempted murder, burglary, elder abuse, with a "lying-in-wait" enhancement, according to the East Bay Times. Sentencing is scheduled for July 24. Linda is likely to spend the rest of her life in prison.

Following the verdict, the defendant apologized to her family and thanked the jury and judge for giving her a fair trial.

Zonna's son did not buy the sincerity.

Promoted
Listen to the latest songs, only on JioSaavn.com
"That is classic Linda," Tim Thomas told the East Bay Times. "She always needs to get the last word."