The two wounded people and the knife-wielding suspect were taken to hospital, Amsterdam police said. 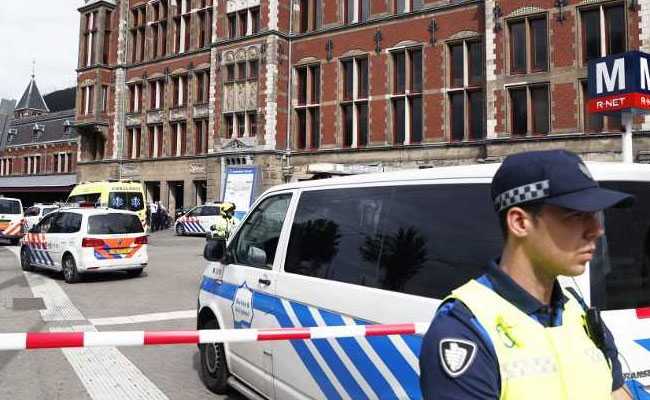 A security official stands beside a cordonned-off area at The Central Railway Station in Amsterdam.

Two people were hurt during a stabbing incident at Amsterdam's busy Central Station on Friday morning before the alleged attacker was shot and wounded, Dutch police said.

"A suspect has been shot after a stabbing incident at Amsterdam Central Station," Dutch police said on Twitter, indicating that the station had been evacuated and closed off to all rail traffic.

However, police shortly afterwards issued an update to say there was "no talk" of a complete evacuation and only two platforms had been closed off to passengers.

The two wounded people and the knife-wielding suspect were taken to hospital, Amsterdam police said.

Trams, which leave from the front of the station were not running, the police added, saying more information was not immediately available.

Around 250,000 people travel through Central Station every day, according to statistics provided by the Amsterdam.info travel guide.

The station is located on the Dutch capital's historic canal-ringed city centre.