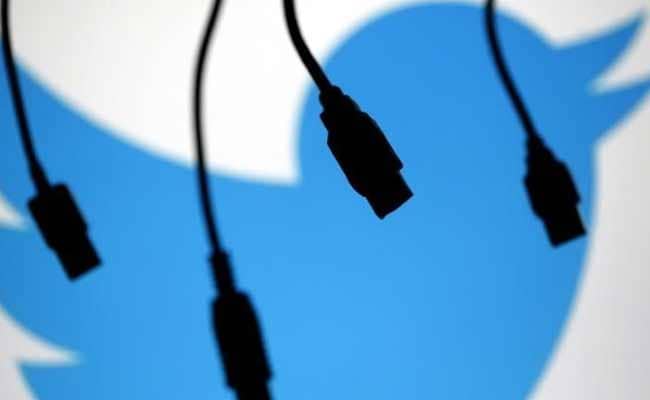 San Francisco: Twitter Inc said on Tuesday it had stepped up efforts to rid its social network of posts from users advocating political or religious violence, and was increasingly using software to find them rather than relying on reports from users or governments. As part of its semi-annual "transparency report," Twitter said it suspended some 377,000 accounts during the final six months of 2016 for "violations related to promotion of terrorism," a rate of about 63,000 a month. That is up from about 24,000 a month for a comparable period a year ago.

US and European governments have been pressuring social media companies including Twitter, Facebook Inc and Alphabet Inc's Google to fight harder against online radicalisation, particularly by Islamist groups that advocate violent activity.

For the first time, Twitter noted how many government requests the company receives to take down messages posted by journalists and news organizations. The data showed Turkey was by far the most active country in seeking take down of media reports.

Twitter said it wanted to "shine a brighter light" on the requests as a threat to press freedom.

Of the accounts recently suspended for advocating political or religious violence, 74 percent were identified by "internal, proprietary spam-fighting tools," rather than by users or authorities, Twitter said. Less than 2 percent were suspended after authorities complained that a user was violating Twitter's terms of service, it said.

By contrast, Twitter said in a report last year that spam-fighting tools had helped identify only about one-third of the accounts it had suspended for those reasons.

During the final six months of 2016, Twitter said, the company received 88 court orders and other legal requests from around the world directing it to remove content posted by verified journalists and news outlets. Some 77 of them were from Turkey.

Turkey detained tens of thousands of people including scores of journalists after a failed coup in July. The crackdown by Turkish President Tayyip Erdogan, who has for years tried to stamp out what he sees as illegal online activity, has strained relations with NATO allies and raised alarms among civil liberties advocates.

Twitter did not take action in response to the "great majority" of the requests, with exceptions in Turkey and Germany, the social network said.

It also said it filed legal objections whenever possible, but that in Turkey, "disappointingly, none of our objections prevailed."

In Germany, Twitter said it took down one Tweet posted by a soccer magazine "for violating an individual's personal rights in response to a court order."

Twitter said it was providing copies of the underlying court orders to Lumen, a research project affiliated with Harvard University that collects and studies cease and desist letters and other court orders about online content.