Turning Iraq History To Rubble, Leaving The Mess To Looters 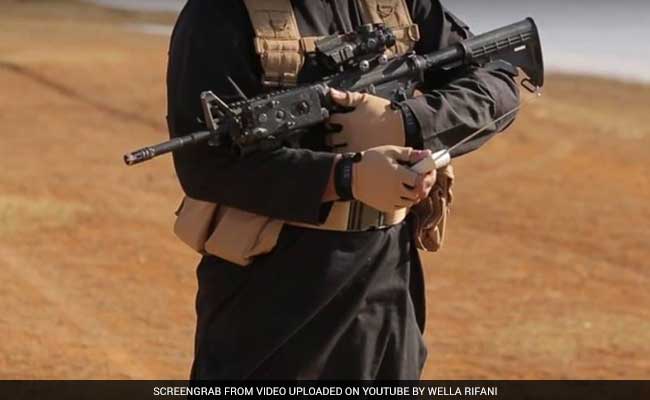 The fantastical creatures are victims of the ISIS (Representational Image)

NIMRUD, Iraq: The giant winged bulls that once stood sentry at the nearly 3,000-year-old palace at Nimrud have been hacked to pieces. The fantastical human-headed creatures were believed to guard the king from evil, but now their stone remains are piled in the dirt, victims of the ISIS group's fervor to erase history.

The militants' fanaticism devastated one of the most important archaeological sites in the Middle East. But more than a month after the militants were driven out, Nimrud is still being ravaged, its treasures disappearing, piece by piece, imperiling any chance of eventually rebuilding it, an Associated Press team found after multiple visits in the past month.

With the government and military still absorbed in fighting the war against the ISIS group in nearby Mosul, the wreckage of the Assyrian Empire's ancient capital lies unprotected and vulnerable to looters.

No one is assigned to guard the sprawling site, much less catalog the fragments of ancient reliefs, chunks of cuneiform texts, pieces of statues and other rubble after ISIS blew up nearly every structure there. Toppled stone slabs bearing a relief from the palace wall that the AP saw on one visit were gone when journalists returned.

"When I heard about Nimrud, my heart wept before my eyes did," said Hiba Hazim Hamad, an archaeology professor in Mosul who often took her students there. "My family and neighbors came to my house to pay condolences."

Perhaps the only vigilant guardian left for the ruins is an Iraqi archaeologist, Layla Salih. She has visited it multiple times in recent weeks, photographing the destruction to document it and badgering nearby militias to take care of it. Walking with the AP across the broad dirt expanse of the ruin, she was calm, methodical and precise as she pointed out things she'd seen on previous visits that were no longer in place.

Still, Salih does not despair. She searches out reasons for optimism.

"The good thing is the rubble is still in situ," she said. "The site is restorable."

To an untrained eye, that's hard to imagine, seeing the extent of the destruction that the Islamic State group wreaked in March 2015. Salih estimated that 60 percent of the site was irrecoverable.

The site's various structures - several palaces and temples - are spread over 360 hectares (900 acres) on a dirt plateau. A 140-foot-high ziggurat, or step pyramid, once arrested the gaze of anyone entering Nimrud. Where it stood, there is now only lumpy earth. Just past it, in the palace of King Ashurnasirpal II, walls are toppled, bricks spilled into giant piles. The palace's great courtyard is a field of cratered earth. Chunks of cuneiform writing are jammed in the dirt. Reliefs that once displayed gods and mythical creatures are reduced to random chunks showing a hand or a few feathers of a genie's wing.

During a December 14 assessment tour by UNESCO, a UN demining expert peered at a hole leading to a tomb that appeared to be intact. It might be rigged to explode, the expert said, and the UNESCO crew backed away.

The terrorists boasted of the destruction in high-definition video propaganda, touting their campaign to purge their self-declared "caliphate" of anything they deemed pagan or heretical.

They dismantled the winged bulls, known as lamassu, as purposefully as any decapitation in Raqqa or Mosul. The bearded male heads of the statues are missing - likely taken to be sold on the black market as ISIS has done with other artifacts. They then wired the entire palace with explosives and blew it apart, along with the temples of Nabu and of the goddess Ishtar.

It was a brutal blow to a site that gave the world a wealth of startling Mesopotamian art and deepened knowledge about the ancient Mideast.

Nimrud was a capital of the Assyrians, one the ancient world's earliest and most ferocious empires. Known at the time as Kalhu, the city was the seat of power from 879-709 BC, an era when Assyrian armies expanded out across the Levant, capturing Damascus and other cities, crushing the kingdom of Israel and turning its neighbor Judah into a vassal.

A British-Assyrian team first excavated Nimrud in 1945, then it was re-excavated in the 1950s by Max Mallowan. Though famous in his own right at the time, Mallowan is better known as the husband of Agatha Christie, who accompanied him and photographed and filmed the digs.

"It's just one of the most beautiful sites in the Middle East, or at least it was," said Georgina Herrmann, a British archaeologist who worked at Nimrud with Mallowan. "It used to be covered with wildflowers. You'd be there and there'd be bits of ancient sculptures sticking out."

Besides the reliefs and statues, archaeologists dug up hundreds of stone tablets written in cuneiform letters containing everything from treaties to temple and palace records. The tombs of queens yielded troves of gold and jewelry. Iraqi archaeologists also made a grisly find: more than 100 skeletons inside a well in the palace, including some with shackled hands and feet, possibly prisoners dumped in when Nimrud was sacked in 610 BC.

Salih, 40, came to Nimrud a few days after ISIS terrorists were driven out in early November. So far, she is the only Iraqi antiquities official to visit. Ancient Assyria is not even Salih's field; she specialized in Islamic art and architecture. But there was no one else to do it. Half of the 50-odd government archaeologists in Mosul are still trapped there under ISIS rule.

She confirmed what satellite images had already shown: Sometime between Sept. 1 and Nov. 4 as international forces closed in, ISIS bulldozed the ziggurat.

It had never been explored by archaeologists. "What exactly was inside it only ISIS knows," said Herrmann.

"The most important thing right now is to ensure some basic protection," she said.

But the government has many priorities right now. It is still fighting ISIS in Mosul. Moreover, there is a long and expensive list of needs in rebuilding the country from the Islamic State group's legacy. Tens of thousands of citizens live in camps. Large swaths of the western city of Ramadi were destroyed in the offensive to wrest it from ISIS control. Mass graves are unearthed nearly every day in former ISIS territory, with more than 70 discovered already. Other ancient sites remain under ISIS control, including Nineveh - another ancient Assyrian capital - in the heart of Mosul.

Nimrud is in an active war zone, on the edge of the Tigris River valley south of Mosul. To reach it, one drives through checkpoints of multiple armed groups fighting IS - the Iraqi military, Shiite militias, Kurdish peshmerga and Christian fighters.

None of those forces is assigned to guard Nimrud. The first three times the AP visited, Sunni and Shiite fighters eventually showed up after an hour, apparently after hearing of the team's presence.
During the UNESCO tour, Salih noticed that some of the ancient bricks from the palace rubble had been neatly piled up as if to be hauled away. She questioned two Shiite militiamen about them.
"Both of them told me different stories," she said in exasperation. One said ISIS extremists did it, intending to sell the bricks; the other said the militia members themselves stacked them to protect them. Salih believes neither story and thinks someone had hoped to take the bricks to repair homes damaged in fighting.

It's hard to say what's missing, because no one even knows what's in the piles of rubble to know if it's being stolen.

Two locals were recently arrested with a marble tablet and stone seal from Nimrud, presumably to sell. The men remain in custody.

The artifacts seized from them, however, are harder to track down. The police insisted they were at a lab in Irbil, the capital of the Kurdish region in northern Iraq. The lab said it knew nothing about them. The Antiquities Ministry in Baghdad said they were safe in the Ninevah government offices, while an official in those offices said they were with the police awaiting transit to Baghdad.

It was a perfect circle of confusion - one that makes it easy for someone to simply steal items.
Salih is working to get international funding to pay someone to guard the site. But she recognizes that job will have to go to one of the militia factions. She has no illusions that the militias will provide full protection.

But she has grown used to compromises that once would have been unimaginable. Before she fled her home in Mosul soon after the IS takeover in 2014, she and other archaeologists pleaded with the militants to let them destroy the city's ancient tombs that the group so despised. At least that way, the buildings housing the tombs could be spared.

The plea was futile, and ISIS detonated the buildings and tombs.

Promoted
Listen to the latest songs, only on JioSaavn.com
So she will negotiate now with the militias to do as much as they can to preserve Nimrud. On the final visit with the AP, wind-whipped winter rains sent rivulets of water through the loose dirt, further dislodging the remains.

"There isn't another choice, as you see," she said.
(Reported by Lori Hinnant, Associated Press)