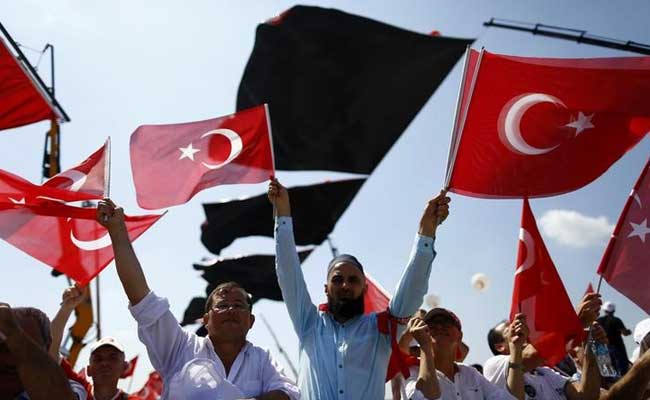 Over 36,000 people jailed pending trial in the investigation of the failed putsch.

Some 110,000 people have been sacked or suspended in the civil service, army and judiciary and 36,000 people jailed pending trial in the investigation of the failed putsch, in which over 240 people were killed. Gulen denies involvement.

Police searched the academics' homes and offices and the suspects were taken to hospital for routine health checks and then to Istanbul police headquarters, the agency reported.

Some were said to have been users of a smartphone messaging app called ByLock, which Ankara says Gulen's followers began using in 2014.

Promoted
Listen to the latest songs, only on JioSaavn.com
Judicial authorities on Thursday dismissed 203 judges and prosecutors over links to what Ankara terms the "Gulenist Terror Group".

Human rights groups and some Western allies have voiced concern at the scope of the purges, fearing President Tayyip Erdogan is using the coup as a pretext to curtail dissent.
© Thomson Reuters 2016