Donald Trump recently issued a series of conflicting statements, at times threatening Ankara, and at others, suggesting the US had no role in the fight between Turkey and Kurdish militants. 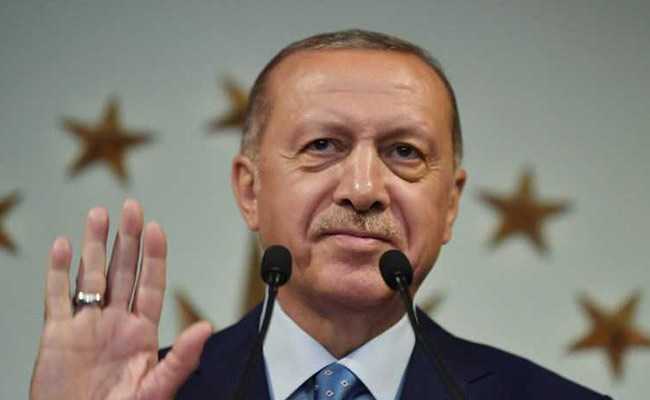 Turkish President Recep Tayyip Erdogan says they can no longer follow what Donald Trump is tweeting.

Turkish President Recep Tayyip Erdogan said he could no longer "keep track" of the tweets by his US counterpart Donald Trump as tensions mount over Ankara's operation against Kurdish militants in Syria, in comments published Wednesday.

"When we take a look at Mr Trump's Twitter posts, we can no longer follow them. We cannot keep track," Erdogan told Turkish journalists aboard a plane returning from Baku, in comments carried by the Hurriyet daily.

Turkey last week began an operation to drive back Syrian Kurdish militants from northern Syria, after the US pulled 1,000 troops out of the area.

The withdrawal was seen as a greenlight from the White House for the Turkish offensive.

But facing a massive backlash at home, Trump later issued a series of conflicting statements, at times threatening Ankara, and at others, suggesting the US had no role in the fight between Turkey and Kurdish militants.

In one typically contradictory tweet, Trump announced: "Big sanctions on Turkey coming! Do people really think we should go to war with NATO member Turkey? Never ending wars will end!"

In his interview with the Turkish journalists, Erdogan also shared an anecdote from his telephone call with Trump this week.

"I told Trump: 'You get very angry with the media from time to time. You are now under their influence. Don't listen to them, you are a strong leader. This does not befit a strong leader'," he said, according to the Yeni Safak daily.