Recep Tayyip Erdogan presented the attack as part of an assault on Turkey and Islam more broadly and projected the video of the killings at his rallies over the weekend. 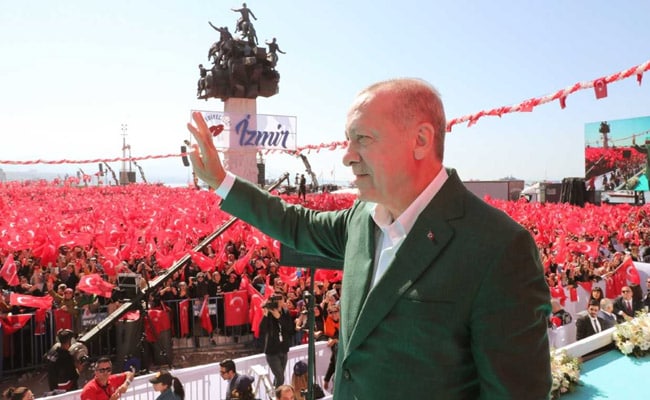 Erdogan, campaigning for local elections this month, has presented the attack as part of an assault on Turkey and Islam more broadly and projected the video of the killings at his rallies over the weekend.

Deputy Prime Minister Winston Peters protested on Monday that such politicisation of the massacre "imperils the future and safety of the New Zealand people and our people abroad, and it's totally unfair".

Peters announced on Tuesday that he would be travelling to Turkey this week at Istanbul's request to attend a special meeting of the Organisation of Islamic Cooperation.

Three Turkish nationals were wounded in the rampage, that killed 50 worshippers at two mosques in the southern New Zealand city of Christchurch on Friday.

The accused gunman, a self-avowed white supremacist from Australia, livestreamed video of much of the attack and spread a 72-page manifesto on social media claiming it was a strike against Muslim "invaders".

The manifesto references Turkey and the minarets of Istanbul's famed Hagia Sophia, now a museum, that was once a church before becoming a mosque during the Ottoman empire.

New Zealand authorities moved quickly to try and stop the spread of the shooter's video, warning that anyone sharing the footage faced prosecution, and Facebook removed the images from hundreds of thousands of its pages.

But at weekend campaign events, Erdogan projected the video and repeatedly referenced the attack, which he portrayed as a sign of rising Islamophobia that the West has ignored.

"This is not an isolated event, it is something more organised," he said during a campaign event on Monday in Canakkale in western Turkey.

Erdogan did not project the video at the Monday event.

"We made it very clear that we oppose terrorism in whatever shape and form it might be and that we are for a free and open society," Peters said he told the Turkish officials.

"We had a long dialogue on the need for any other country, or Turkey for that matter, to ensure that our country, New Zealand, was not misrepresented," he told a press conference.

"We did not start or bring about this disaster and they clearly understood that," he said.

Speaking Tuesday of the upcoming OIC meeting in Istanbul, Peters said: "This important event will allow New Zealand to join with our partners in standing against terrorism and speaking up for values such as understanding and religious tolerance."

"We are very clear that the terrorist attack in Christchurch, committed by a person who is not a New Zealander, is utterly contrary to our core beliefs," he said.

(Except for the headline, this story has not been edited by NDTV staff and is published from a syndicated feed.)
Comments
Recep Tayyip Erdogannew zealand mosque attack