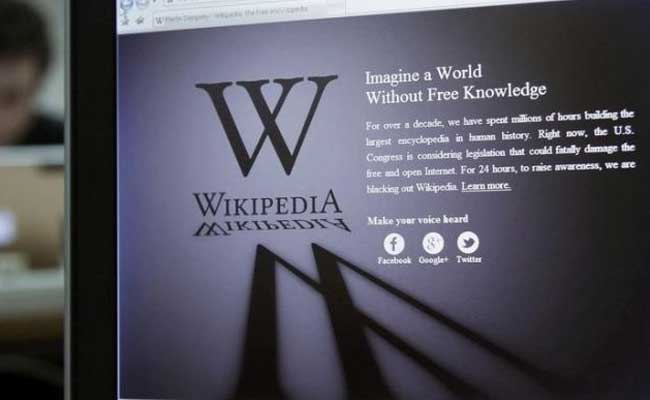 Istanbul: A Turkish court on Friday rejected an appeal by the Wikimedia Foundation against the nearly week-long blocking of access in Turkey to the online encyclopedia Wikipedia, state media said.

The first magistrates court in Ankara threw out the appeal filed earlier this week by the Wikimedia Foundation, which owns the domain name for Wikipedia, the state-run Anadolu news agency said.

The ban had been imposed on Saturday by Turkey's Information and Communication Technologies Authority (BTK) and had remained in place after being backed up by a court order earlier this week.

Turkish officials have said that the ban was needed as Wikipedia had failed to remove content deemed to be false from its pages that linked Turkey with terror groups.

But the move caused an outcry among freedom of information activists who accuse Turkey of slapping bans on websites and social media with alarming regularity.

There have also been questions why Turkey had to ban the entire website in all languages as its objections reportedly related only two pages in the English version.

BTK head Omer Fatih Sayan said earlier this week that the ban would only be lifted when the judiciary's decisions were implemented and the pages removed.

Istanbul municipality officials on Tuesday also removed Wikipedia founder Jimmy Wales from the guest list of the World Cities Expo, a major international conference to be held in the city on May 15-18.

Reacting to the ban for Wikipedia on Saturday, Wales had said on Twitter: "Access to information is a fundamental human right. Turkish people, I will always stand with you to fight for this right."

Savvy internet users frequently resort to the use of Virtual Private Networks (VPNs) to get around these bans although there have been complaints that the use of VPNs has now also started to be blocked.
Comments
turkey courtWikimedia foundationturkey bans wikipediaturkey court rejects Wikipedia's appeal